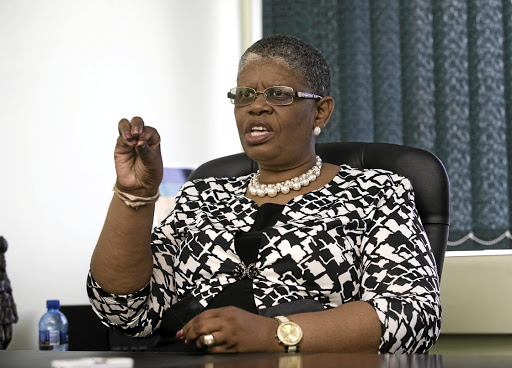 The ANC in KwaZulu-Natal has fired the mayor of the third most populous city in the country after the municipality failed to provide basic services.

According to the party, under the leadership of Zandile Gumede eThekwini metro had some townships uninhabitable after continuous failure to remove refuse.

This, according to the ANC in the province, is what led to the decision to axe her and the rest of the executive council (exco) members.

The party's provincial secretary Mdumiseni Ntuli said yesterday that ANC exco members in both eThekwini metro and uMsunduzi local municipalities had been "redeployed".

"The inability of the city [eThekwini] to attend to the question of refuse removal, you know the cleanliness of our city. The ability to ensure that townships are conducive for human habitation, for settlement and for human consumption. We need to deal with that issue, it's one of the issues we believe is a major challenge that needs to be attended to."

Ntuli further hit out at the municipality for failing to provide housing for people even though there were funds available which get returned to Treasury while there are homeless people.

". you have that grant, you have many people who are homeless, you are unable to build houses, but the money goes back at the end of the financial year. Now that's a problem. I mean a governing party that cares and is responsible can't allow that state of affairs to sustain itself."

Gumede a key ally of former president Jacob Zuma, was suspended in June after charges of racketeering, corruption and money laundering were levelled against her and other officials.

"The PEC [provincial executive committee] mandated the ANC provincial working committee [PWC] to ensure that all vacancies occasioned by this decision are filled within the next seven days," said Ntuli.

Gumede's axing comes after the PEC held a two-day meeting that ended on Monday to look into the state of local government and a discussion document on "revolutionary morality, ethics and integrity in leadership", Ntuli said.

It also followed the ANC PWC's recent recommendation to the PEC that Gumede be recalled as she is not fit to hold office.

Her corruption-related charges emanated from the city's solid waste contract of more than R200m, in which Gumede was accused of using her political influence.

Gumede and eight of her co-accused, who include eThekwini deputy speaker Mondli Mthembu, appeared in the Durban Commercial Crimes Court last Thursday.

The court heard that the state needed four more months to complete its investigations - and that more arrests were imminent. The case was postponed to January 2020