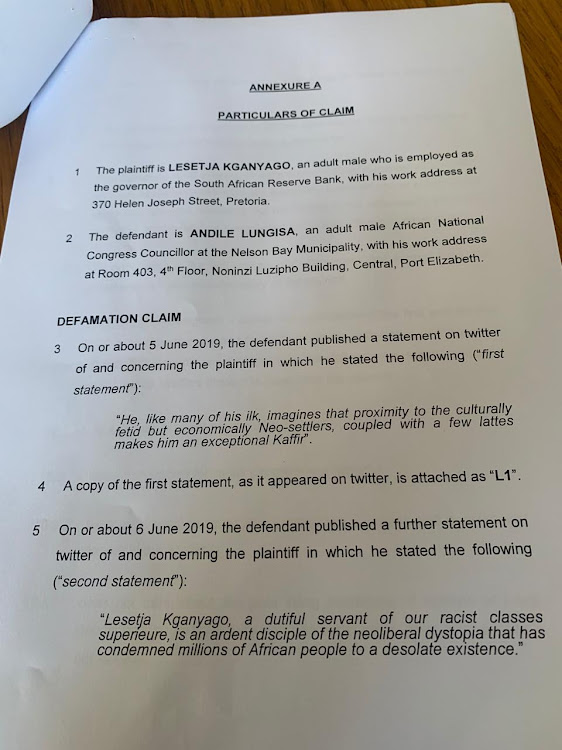 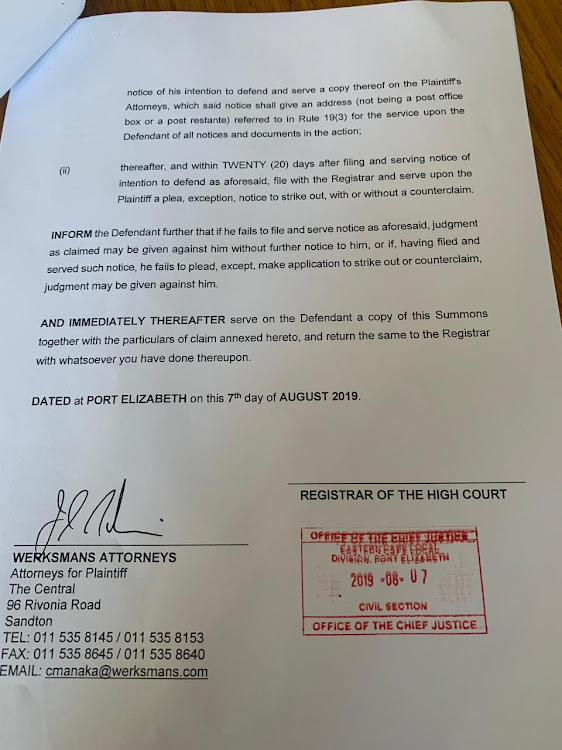 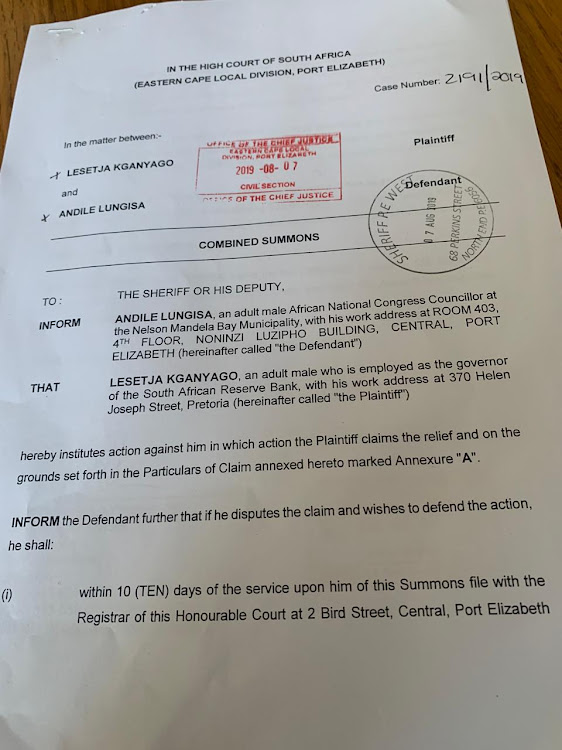 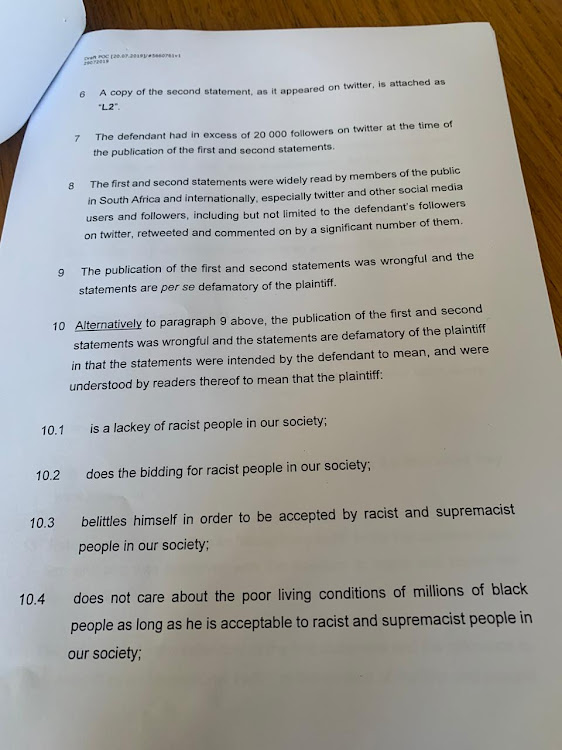 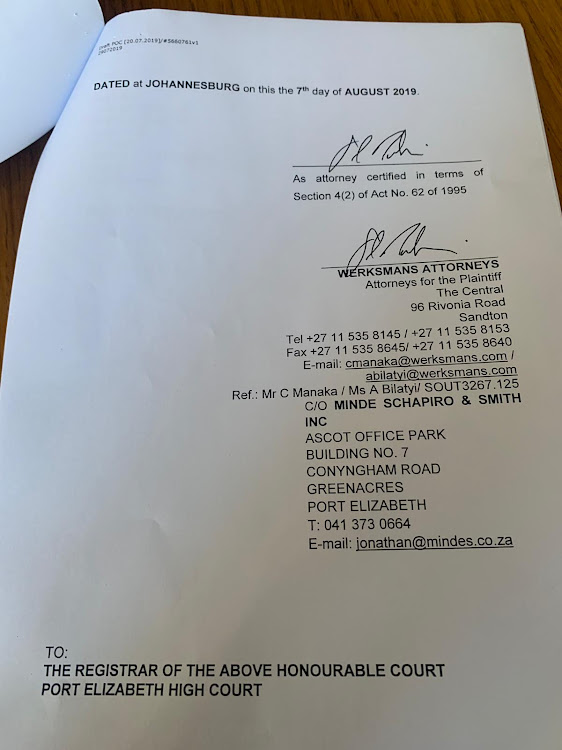 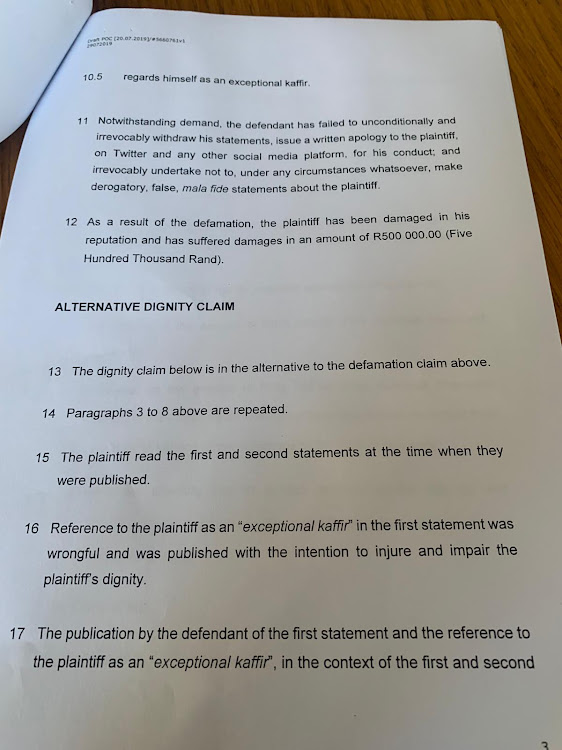 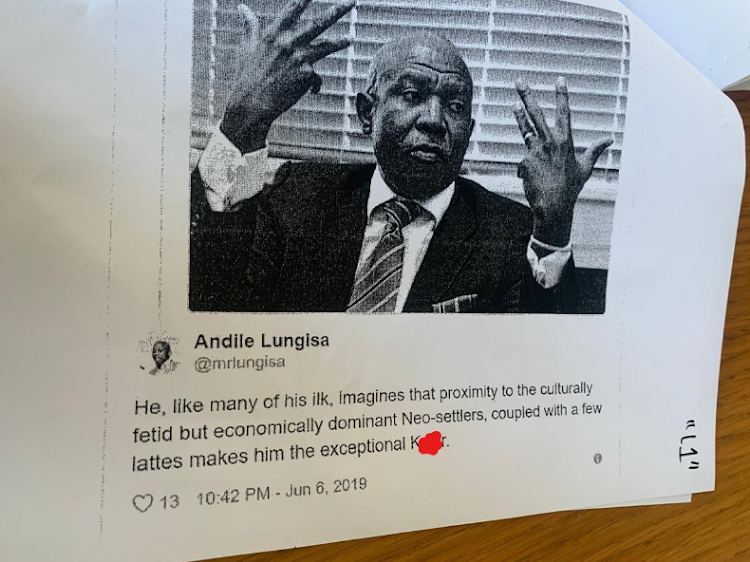 This after Lungisa took to twitter and called Kganyago a “dutiful servant of racialist superiors” and an "exceptional k****r".

Kganyago in court papers delivered to Lungisa on Tuesday has asked that Lungisa pay him R500 000 in damages.

On June 6, Lungisa tweeted: “He like many of his ilk, imagines that proximityto the culturally fetid but economically dominant neo-settlers coupled with a few lattes makes him an exceptional k****r”.

Nelson Mandela Bay ANC councillor Andile Lungisa’s appeal against his conviction and effective two-year jail sentence has been dismissed in the ...
News
2 years ago

“I never stole money. I did not go and fight in the streets. I simply defended myself when I was attacked by a member of the DA.”
News
2 years ago

This is the tweet that Andile Lungisa had tweeted on his account, it has since been removed.

Lungisa made the statement during a debate on the nationalisation of the Reserve Rank where Kganyago described attacks on the central bank as the arrival of the "barbarians at the gate of SARB".

Kyanyago’s attorney wrote that Kganyago had been damaged in his reputation and had suffered damages to the tune of R500 000.

On Tuesday, Lungisa said the move by Kganyago was an attack and that he would challenge it.

Lungisa said: "We were called barbarians at the gate. We are going to challenge this.

"There is no other way, the revolution must be defended at all cost."

"Lesetja [Kganyago] called us barbarians at the gate but today he takes refuge in our cause when we return insults with fact.

"I have simply returned insults with facts," Lungisa said.

We have entered the realm of the absurd. The governor of the Reserve Bank is suing me for R500k because I correctly characterized him and his ilk as useful idiots of settler capital.
CounterRevolutionaryLawfare pic.twitter.com/BczRtA92oI