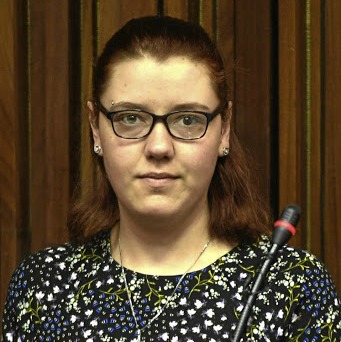 Marcel Steyn was traumatised by a heated argument her parents had after they divorced and she later suffered from anorexia. File photo.
Image: Gallo Images/Felix Dlangamandla

Marcel Steyn, who was 14 when the "Krugersdorp killers" went on their deadly spree, was made to believe her father never wanted her, and then turned to drugs.

Probation officer and psychologist Rosiland Macnab, who evaluated Steyn, told the South Gauteng high court in Johannesburg on Tuesday that she believed Steyn had a minor role in the gruesome crimes committed by the group.

Macnab was testifying in mitigation of sentence proceedings for the killers - housewife Cecilia Steyn, insurance broker Zak Valentine and the then-schoolgirl Marcel Steyn.

Marcel's mother and brother, school teacher Marinda Steyn who testified that killing was an adrenaline rush, and self-confessed strangler Le Roux Steyn  are currently serving lengthy jail terms for the 11 murders committed by the group.

Marcel was born in Pretoria and lived with her parents, Andre Hugo and Marinda, until the age of four.

Her parents divorced and she saw her father every second weekend. Marinda told Marcel that her father did not believe she was his child. Marcel, however, who had vague memories of her father, said she felt safe with him.

Marcel recalled her parents arguing at times but could not recall what about. After the divorce, her parents had a heated argument which traumatised her so much she wet herself. Macnab told the court that these circumstances made Marcel suffer from anorexia and she saw a psychologist.

Hannelie Scheepers, who was married to Marcel's father for 11 years, told the court on Monday that Marcel had been a beautiful, loving and kind child who was well-mannered and loved animals. Marcel was six and Le Roux eight when Scheepers and Hugo were married. By the time she was 12 Marcel had chosen to break all ties with her father.

Marinda remarried two years later. Marcel thought it a "happy marriage", although her mother seemed to resent her new stepdaughter. Marcel said she later witnessed her mother become physically aggressive towards the child, actually "sitting on top of her" on one occasion. The marriage would last only two years, and, according to the evaluation report, during that time Marinda had more than one extramarital affair.

When Marcel was 10, Marinda joined a church and "gave her life to God". It was then that she met Cecilia.

'I am working for the public, not the money': Cop who bust Krugersdorp serial killers

Marcel was 13 when, on one occasion, Marinda instructed her to take care of Cecilia, who had fallen "sick", and her two children. Marcel recalled being fond of Cecilia, but she also recalled asking her mom if she could leave Cecilia and the kids and "go home". Marinda, however, wouldn't allow it.

Macnab told the court that Marcel was "forced to use birth control to help with her menstrual cycle". By the age of 14 she was using street drugs, Cat and Tik. Marcel claimed these helped her to relax and sleep.

In 2016, Marcel was caught stealing medicine for Cecilia, and baby items which she believed were for a orphanage. She had to pay a fine of R400 and the shop owners did not report the matter to the police.

Macnab said Marcel had only one friend, whom she did not spend a lot of time with, essentially isolating herself from the world.