Image: Facebook/Qaasim Coetzee Zephany Nurse, who was brought up as Miché Solomon, with her then-boyfriend, MMZ fighter Qaasim Coetzee, in October 2014, shortly before she was reunited with her biological parents, Morne and Celeste Nurse.

This is Miché Solomon, whose name and face have been a secret for five years since she was identified as stolen baby Zephany Nurse.

Image: NB Publishers The cover of Joanne Jowell's book about Zephany Nurse, who was brought up as Miché Solomon after being stolen from a hospital maternity ward.

Solomon's identity was revealed on Tuesday, thanks to a book entitled Zephany: Two mothers, one daughter, an unbelievable true story.

The 22-year-old, who met her biological parents only when she was 18, applied to the high court in Pretoria to have the ban restricting the publication of her identity lifted.

Just hours after her wishes were granted, the book was set to hit the shelves.

Announcing the nook, NB Publishers said on its website: "It is every mother's worst nightmare: Your newborn baby is kidnapped shortly after birth. But how does it feel if you find out as a teenager that you are in fact the kidnapped baby? Your mother is your kidnapper and you are Zephany Nurse.

"In this book, Miché Solomon tells her side of the story for the first time. She talks about her battle with her double identity, the complicated relationships with her two families, and who she is now."

In an affidavit filed in the high court in Pretoria, Solomon identified herself as KL. Motivating for the overturning of the previous court order restricting the publication of her real name, she said her position is "fundamentally different from when the order was granted" and that she was at peace with her "new reality".

The high court in Cape Town sentenced the woman who kidnapped Solomon to 10 years in prison in 2016.

In her plea explanation‚ Lavona Solomon - who could not be named to protect the girl she kidnapped - detailed her numerous attempts to conceive‚ a number of miscarriages and her desperation to adopt a child.

She said a woman she knew as "Sylvia" had given her the child‚ and told her that "a young girl was not interested in keeping her baby and wanted to give her up for adoption". She claimed to have paid Sylvia R3‚000 for the adoption and fertility treatment. 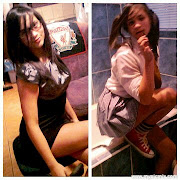 Solomon's biological father, Morne Nurse, said after the kidnapper's conviction: "The world cannot blame us for what this lady is going through. She made her bed and must lie in it."

Although Nurse accepted money for media interviews, he said he and his family were tired of the attention the case had caused. "We can't handle it any more. We are tired. We want our lives to ourselves but it is not happening," he said. 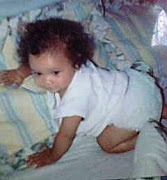 Image: Facebook/Miché Solomon Miché Solomon as a baby, a few months after she was stolen as a newborn from the maternity ward at Groote Schuur Hospital in Cape Town.

Nurse's uncle, Clarence Sergers, said at the time: "Morne and Celeste (Zephany's mother) have gone through a lot of pain in the past 18 years. That child (Solomon) is so confused from all the stories she is hearing now. She doesn't know what to believe. We just want people to keep their hands off other people's children."

Lavona Solomon pleaded not guilty to kidnapping, fraud and contravention of the Children's Act. She admitted to misleading her husband and her family into believing that the child was hers.

She was arrested in February 2016 after DNA tests proved that Zephany was not her child.

Zephany was reunited with her biological parents in 2015 after her sister, Cassidy, enrolled at Zephany's school and pupils remarked on their similarities, which led to an investigation.