Durban man's car was purring ... with a kitten trapped under the hood 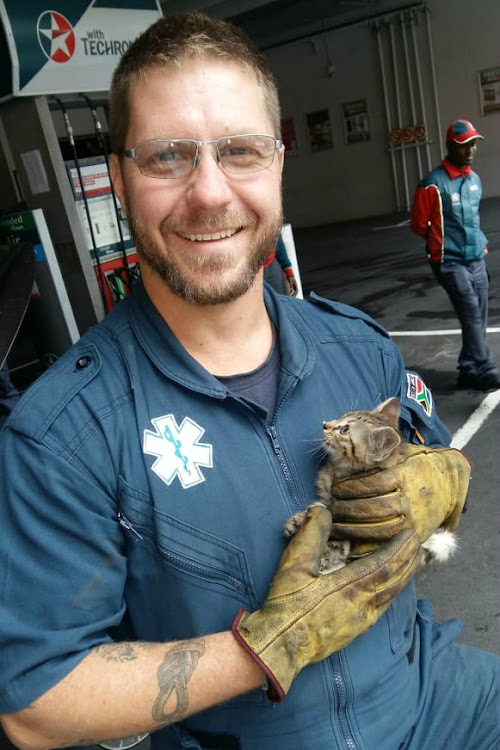 Life Response's Leon Fourie with the little furry bundle he rescued from a car engine compartment on Tuesday.
Image: Supplied

A Durban man's car engine was literally purring on Tuesday - and that's when he realised a kitten was stuck in the engine compartment.

Ambulance service Life Response 24/7 was called out to a petrol station on Playfair Road, near the Durban beachfront, after the man heard the kitten's cries coming from under his bonnet.

"He stopped at the petrol station, where the attendees tried to pull the kitten out. But it kept scratching them, and that's when we were called to the scene," said Leon Fourie, operations manager at Life Response.

Fourie said that it was unclear how the kitten had gotten into the engine plate but the owner of the vehicle believed it was one of the many cats that lingered in his neighbourhood.

"What we think happened was the kitten went to seek warmth under the car then obviously when he was driving it got a little too hot for the kitten and it started purring," said Fourie.

The cat was taken to a local vet.