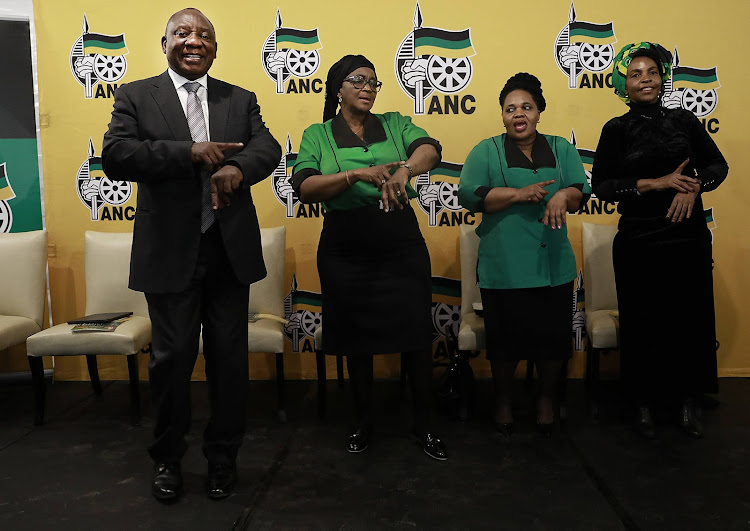 ANC Womens' League president Bathabile Dlamini has warned that women could form a breakaway party if the ANC continues to "purge" them from leadership positions.
Image: ALON SKUY

ANC Women's League president Bathabile Dlamini has issued a veiled threat to the ruling party, warning that women would "form their own organisation" if the ANC continues to purge female leaders.

Her remarks came just hours after the ANC in KwaZulu-Natal announced that it has axed controversial eThekwini mayor Zandile Gumede.

Addressing a gathering attended by President Cyril Ramaphosa in Johannesburg on Tuesday night, Dlamini said it was concerning that the ANC found it easy to remove women from leadership posts.

"... if we are not careful, in the near future, the very women that have swelled the ranks of the ANC are going to form their organisation and they will not care if its a feminist organisation as long as it will meet their demands they will join it,” said Dlamini.

Dlamini and Gumede were two of the ANC Women's League leaders who were vocal in supporting former president Jacob Zuma.

Dlamini said they would be meeting with ANC leaders in KZN tomorrow to discuss Gumede’s removal among other issues faced by women.

“We are very unhappy about this culture that has been going on. A culture of making it easy to remove women from positions they occupy,” said Dlamini to loud cheers. She said that women were being hauled from their positions across the board including at local government.

According to Dlamini, newly elected leaderships at regions “want to destabilise” municipalities as soon they get into power. She said that the male leaders go to an extent of attacking women councillors in order to replace them.

“This should come to an end. We are not fellow travelers, women have been part of the Struggle. So we don’t want a presence, we also want to work,” she said.

African National Congress Women's League president Bathabile Dlamini says she is at peace with not being appointed to the new cabinet announced by ...
News
2 years ago

Dlamini was part of a number of the women’s league leaders who were removed from cabinet when Ramaphosa constituted his executive after the elections this year. Some of the women, who would have been back benchers, opted to resign from parliament in order to secure pensions that they would have lost as ordinary members of the National Assembly.

Dlamini said as the women’s league, they are “happy” with the gender parity in the cabinet but that decision was arrived at without counting the president and his deputy who are both males.

“Mr President, when we were preparing for the elections, we did not have our conference as the 10th province and that disorganised us a lot because we could not come together and put those that we think should be prioritised by the women’s league.

“Yes we are happy that cabinet is 50% but it was given because we did not count the president and the deputy. So it was slightly disturbed,” said Dlamini to continuous cheers.

She warned that should these issues not be resolved, the ANC risks losing women stalwarts who might just form a breakaway league or party.