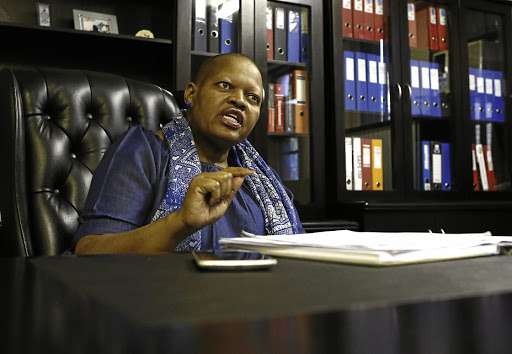 Colonel Joyce Buthelezi is a specialist investigating officer at the South African Police Service focusing on rape and crimes against women and children.
Image: Phill Magakoe

Colonel Joyce Buthelezi breaks down and sobs when she speaks about the death of her husband Jabulani Buthelezi in 1994.

Jabulani, who was also a police officer, was gunned down by a group of men while returning from work.

She was prevented from hearing the details of the court proceedings as there were fears that she could not handle the gruesome detail of how her husband was murdered.

In 1995, she was in court when a verdict was delivered on the man accused of killing her husband. The accused was acquitted as the state and the police failed to prove that it was him who pulled the trigger.

"I felt the pain of how the victim feels when they do not get justice in court. I immediately went straight to the detective commander at Alexandra and told him I want to be a detective. My commander thought it was just my emotions getting the better of me but I was serious," she said.

Since then, the 45-year-old officer hasn't looked back. She is arguably the best police investigator, specialising in rape, femicide and all crimes against women and children. 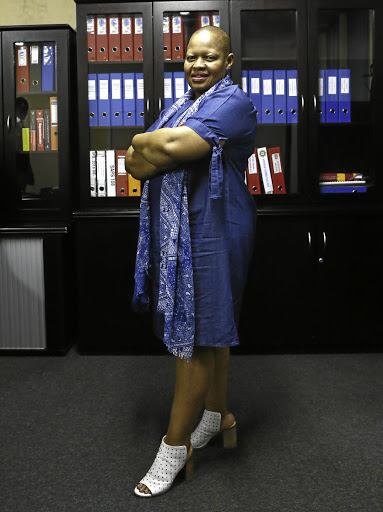 Colonel Joyce Buthelezi is a specialist investigating officer at the South African Police Service focusing on rape and crimes against women and children. Photos/Phill Magakoe

Since becoming an investigator in 2002, Buthelezi has never lost a single case she investigated. Yes, not one suspect escaped conviction from Buthelezi's cases.

The Pietermaritzburg-born Buthelezi was raised in a religious family and her father Kwazikwakhe Zondi was a priest.

"My dad was a very good man. He died in 2007. I learned a lot from him. He would accept and take care of people the way they were. That thing got into me.

"My dad was a role model. I have never seen a man like my father. He taught me that life is not about what you want. Life is about the impact that you have to the person next to you, who needs you the most," Buthelezi said.

This experience created an intense desire in her to serve people.

She dreamt of becoming a social worker to enable her to follow her father's footstep.

After finishing her matric in 1985 she had to find a job that would enable her to get paid immediately. The best job was being a police officer and she joined in 1986.

Her plan was to work for a few years as a police officer and then later return to pursue her dream job.

"With little pay, being a cop became such as an exciting job for me and I could not leave it. We were a family in the police force. We never thought of any other thing but to serve," she said.

Buthelezi initially worked at charge office, guarding gates and also worked as a court orderly. After her husband's death she moved to the detectives unit.

She started to work specifically on cases in which women and children were violated.

In 2005, she was promoted to captain and worked at the Jeppe police station, in Johannesburg.

In 2010 she became part of a unit focusing on sexual offences and violence against children. The unit was based in Braamfontein.

At the time, Buthelezi and her team of investigators served nine police stations.

She cracked the case of one of the most ruthless rapists that the country had seen, Mlungisi Mtshali. Mtshali had raped 20 students from different universities.

How Rhodes Park case was solved

It took old-fashioned detective work and a bit of curiosity from Constable Lufhuno Sono to crack the Rhodes Park murder case. The Yeoville-based ...
News
4 years ago

Fortunately for Buthelezi, she had studied psychologically motivated crimes which enabled her to properly profile serial rapists.

In November 2010, Buthelezi arrested Mtshali after he had been on the run for about two years.

"When I arrest the person, I [do so having taken] my time to profile the person, especially the rapists. A rapist has this thinking that 'I was supposed to sleep with this woman, I told this woman I love her, she said she does not like me. Because she said so, with my physical strength of being a man, I will sleep with her'," she said.

Buthelezi said she spends time gaining insight on serial rapists and to understand their behaviour even after they have been convicted.

She is on a mission to write a book which will help her colleagues in tracking and building strong cases against rapists.

"No suspect swears at me on the day of sentencing. Instead, most of them say 'I wish I had met you before I started this nonsense for which I have been convicted'."

She said all she wants is to do good for victims of crime as she knows how it feels to be in their position.

"I told myself when I became a victim that I will never lose a case. I'd rather not take it than lose it . I don't want to see another person feel what [I felt] when my husband's killer was acquitted," she said.

Buthelezi has also cracked other big cases such as the Rhodes Park murders in which two men were drowned and their wives raped.

She also worked on the case involving Evaton rapist Andries Dahile who targeted women as they left taverns heading back home. Dahile was arrested after he had raped six women. His last victim was a 12-year-old girl.

"If you are happy, it is so easy to serve ... If a colonel begins to change, because I care, I will just pick it up. That is how it was before. If we care for each other, it is easy for a colleague to come and say my wife is beating me and I don't want to kill her."