Image: Iavan Pijoos/TimesLIVE Zak Valentine in the South Gauteng High Court on August 12 2019. He was involved in the killings of 11 people in Krugersdorp.

Convicted murderer Zak Valentine comes from a religious, happy and stable home, but his parents believe his "over-protective" upbringing was his downfall.

This was the evidence led in mitigation of sentence in the South Gauteng High Court on Monday morning by probation officer and social worker Annette Vergeer.

Valentine, policeman's wife Cecilia Steyn and then-schoolgirl Marcel Steyn have been convicted for their roles in the murder of 11 people in Krugersdorp between 2012 and 2016. Marcel's schoolteacher mother, Marinda, her brother, Le Roux, and John Barnard, who worked at a printing business, are already serving jail time.

One of their victims was Valentine's wife, Mikeila, a travel agent.

In her evaluation report, Vergeer, who has more than 30 years' experience in social work, told the court Zak was born on August 3 1985. He grew up in Westonaria and was diabetic.

According to Valentine's parents, he had known Mikeila for five months before they got married. They were married for two years and had no children.

Valentine, who was described as a "quiet and reserved" person in the report, excelled in academics at school and achieved a distinction in mathematics.

His mother is a principal and his father a retired architect.

He completed courses in actuarial science and mathematics at the University of Potchefstroom.

Valentine lived in London for a year after his studies and returned to work for Absa for four years. He also worked for Discovery, for three years.

He later started his own forex company.

His parents stated in Vergeer's report that Valentine distanced himself from his family when he met Cecilia.

He would spend most of his time with her. His family believed that coming from an "over-protective household" was his downfall, because he was gullible.

They said they were still in shock and disbelief at his involvement in the crimes and had stopped coming to court.

However, they supported Valentine throughout the trial and "beg the court for mercy".

According to the report, Valentine described himself as a loving, intelligent, caring and patient person who put the needs of others before himself.

He said his co-accused abused him for his income and he had lost a lot of close friends because of them.

He asked to be put into C-Max once sentenced so he could complete his studies.

The 34-year-old said he could not show remorse for crimes he did not commit.

State prosecutor Gerrit Roberts SC argued that throughout the trial Valentine did not show any emotion.

Vergeer said when she evaluated him he showed emotion when they spoke about his parents.

She did not prescribe a sentence for the first offender, but stated that life imprisonment was suitable.

THEIR VICTIMS AND THEIR ARRESTS

WATCH: HOW COULD THIS HAPPEN?

TimesLIVE spoke to people who knew the accused in a bid to understand what led to their deadly actions. Watch our video and read what they told us here: 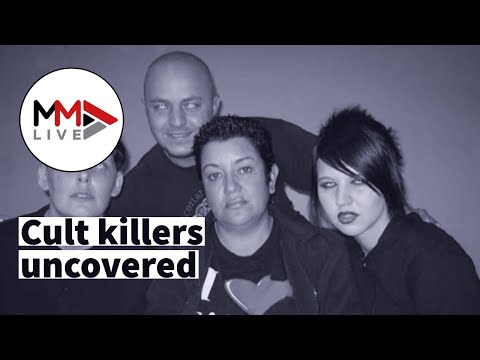