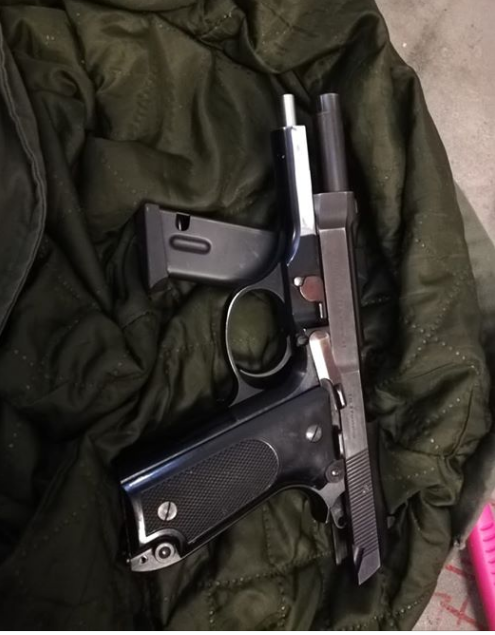 Police have arrested four alleged gang members in connection with the murder of a 26-year-old Manenberg woman on Thursday night.
Image: SAPS on Facebook

Four alleged gang members have been arrested in connection with the murder of a 26-year-old pregnant woman who was gunned down in Manenberg, Cape Town, on Thursday night.

The victim was apparently on her way with a male friend to purchase electricity when they were attacked. The friend was wounded in the incident.

“On August 8 2019 at about 9.30pm members attached to the Anti-Gang Unit executed an intelligence driven operation due to ongoing shootings in Thambo Village, Manenberg.

“Upon the members’ arrival on the scene they found a 26-year-old deceased woman with several gunshot wounds to her body. At the time of her death she was eight months pregnant and was a mother of two minors. The victim was on her way to purchase electricity with her 29-year-old male friend, who was also wounded in his left upper leg during the incident,” Western Cape police said.

They added that members had received information of a possible firearm at premises in Lillian Ngoyi Street, Thambo Village.

“As the information was followed up, members found one male and two females between the ages of 22 and 29 in possession of a prohibited firearm. The firearm was confiscated and booked in as exhibit. The firearm will be sent for ballistic tests to determine if it was used in the commission of crime.

“The information received linked individuals who were allegedly connected to the murder investigation. Four males between the ages of 18 and 28 were arrested. Further information gathered identified the perpetrators as members of a local gang,” police said.

Days after being released on bail‚ a man charged with attempted murder has been rearrested following a joint operation by the Western Cape's ...
News
2 years ago

Quick-thinking by an employee at the Sky City Mall in Kliprivier led to two armed robbers being locked in a walk-in safe before police arrested them.
News
2 years ago
Next Article