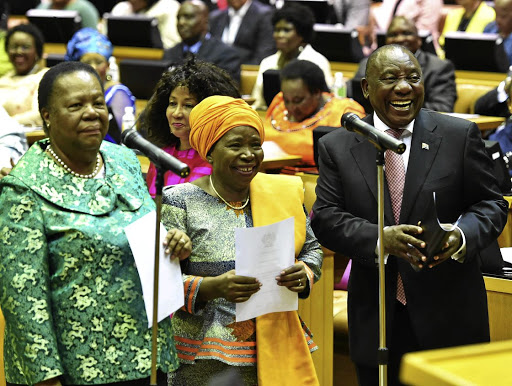 South African women are seemingly under siege as they are generally underpaid, under-represented and are likely to be killed by their intimate partners.

As the country marks Women's Day tomorrow, despite many strides and having one of the most progressive laws and policies on women empowerment and development, SA women still largely remain on the periphery in business, government and leadership in general.

Women are also at the forefront of the country's unemployment crisis, rising poverty levels and face violence even from those who are supposed to protect them.

It has been reported that more than one in five women experience physical violence, with femicide reportedly being five times higher than the global average in SA, according to gender activists.

Women in SA earn on average 25% less than men.
News
2 years ago

Every day, at least three women die at the hands of their intimate partners.

In April 2017, Karabo Mokoena died at the hands of her boyfriend Sandile Mantsoe, who was convicted and sentenced to 32 years in prison in May last year.

In almost a similar case, a 21-year-old Mangosuthu University of Technology student Zolile Khumalo was shot and killed allegedly by Thabani Mzolo, her boyfriend who's currently on trial for murder.

Despite women being in the majority of the population, only two of the country's nine premiers are women - Sisi Ntombela in the Free State and Refilwe Mtsweni in Mpumalanga.

Although this reflected a slight improvement from the 42.7% representation in the fifth parliament, women continue to be under-represented.

Top cop with heart in the right place

A report released by PwC found that SA women were consistently paid less than men, and to make matters even worse, there is no industry where they are paid more than men.

The PwC executive directors practices and remuneration trends report for South Africa released showed that in the technology industry, men are paid 22.9% more, while in healthcare men were paid roughly 28.1% more than women.

In the media industry, men were raking in 25.1% more and the same was reflected in general retailers and 21.8% more in the financial sector.

None of the Johannesburg Stock Exchange (JSE) top 40 listed companies have a woman chief executive since the departure of Maria Ramos at Absa.