Top court confirms that Brian Molefe must pay back millions 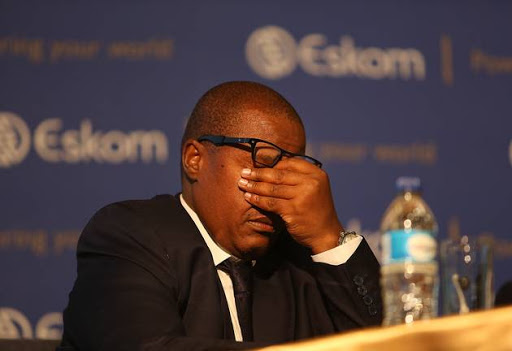 It's the end of the road for Brian Molefe as the Constitutional Court orders the former Eskom CEO to pay pack some of the R30m pension money to which he was not entitled.
Image: Alon Skuy

Former Eskom CEO Brian Molefe has failed in his bid before the Constitutional Court to appeal a decision that he pay back some of the R30m pension he got from the power utility.

Trade union Solidarity said on Wednesday that the court had rejected Molefe’s application for leave to appeal the decision, made by the high court in January 2018.

The high court reviewed and set aside a decision taken by the board of Eskom in November 2016 to accept Molefe's “early retirement” proposal.

The high court also declared that any payment received by Molefe under any purported pension agreement between him and Eskom was invalid. Molefe was ordered to repay such amounts.

Molefe’s application for leave to appeal the high court decision was dismissed by the Supreme Court of Appeal in 2018.

He then applied for leave to appeal at the Constitutional Court.

Solidarity said it would immediately institute action to collect the cost order due to the union and to ensure that the millions Molefe got from the Eskom Pension Fund were repaid.

The union launched separate high court actions against Molefe and Eskom Holdings against the payout. Solidarity's application was consolidated with applications by the DA and the EFF.

“We are delighted with the ruling. One can only hide in the courts up to a certain point, but the law always prevails,” said Solidarity CEO Dirk Hermann.