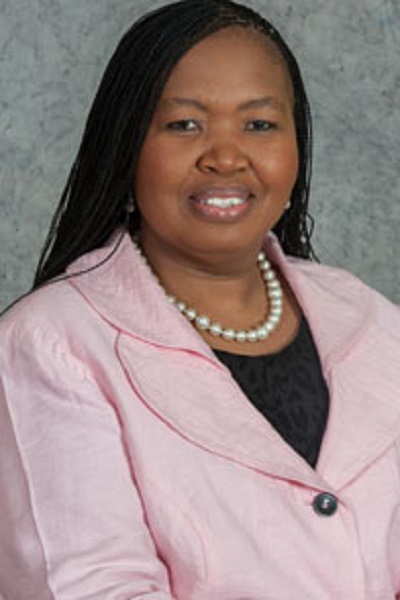 The Tshwane mayor's office has been asked to provide proof that supports its allegations that the recently appointed acting city manager was flagged in a report by the auditor-general.

Sowetan has learnt that the speaker's office has asked mayor Stevens Mokgalapa's office to support the allegations that James Murphy was "flagged" as a person of interest in a probe over donations to NGOs by the city five years ago.

The mayor's office wrote to the speaker's office last week, citing the alleged flagging as a reason the city has to call a special sitting to revoke the appointment of Murphy as acting city manager.

Tiyiselani Babane, the group head in the speaker's office, told Sowetan yesterday the office was still processing the request for a special sitting from the mayor's office.

"Indeed the office of the speaker has received a request for a special council meeting. The office is still processing the request," Babane said.

Mokgalapa was a councillor in the Tshwane metro for nine years, and was most recently an MP and the DA's spokesperson on international affairs
News
2 years ago

Insiders at Tshwane House allege the request was not backed up by any evidence.

"The speaker has not granted the request because she's asking for evidence to back up the claim from the mayor's office, and they're yet to provide any proof," an insider said.

Murphy has had a thorny relationship with Mosola which even played itself out in the labour court in Johannesburg.

In November, the COO entered the city's legal battle with his boss, challenging claims made by Mosola in his founding affidavit regarding how GladAfrica was appointed for the project management contract worth R12bn.

Mosola had alleged that Murphy had been involved in the process to award the controversial tender to GladAfrica, something the COO disputed and accused Mosola of lying under oath.

Tau said rescinding Murphy's appointment was aimed at resolving a legal dilemma that the city finds itself with Mosola still at the helm for another month.

"There's no signed separation agreement in place with the city manager (Mosola), so it's a legal matter, Murphy couldn't have started on August 1," Tau said.

He said council made Murphy's appointment as Mosola was expected to depart on July 31, and the city was yet to agree terms with him.

Tau announced last week that Mosola would now leave on August 31, saying the city had "extended" his special leave.

The capital city is on fire, but its mayor is in China, and won’t be cutting his trip short.
News
2 years ago

Sources at Tshwane House believe Mosola's about-turn came after he realised Murphy would be replacing him as city manager.

The extension is being challenged by the ANC, the official opposition in the capital.

Tau said he was hoping that Mathebe would allow a special sitting of council this week so that the "legal dilemma" could be resolved.

"He's (Mosola) still city manager and he's the one that can appoint an acting city manager," Tau said.

Despite council having resolved to appoint Murphy, Lorette Tredoux, appointed by Mosola, is the metro's acting city manager currently.

ANC's Tshwane chair, Kgosi Maepa, said: "According to council, Mosola is no longer the employee of the City of Tshwane. If he wants to work in Tshwane, he should go to court and say: 'The council decision was wrong and I want to overturn it'."

Maepa accused the DA of making "elementary schoolboy mistakes" over the Murphy saga.

Gauteng MEC for cooperative governance Lebogang Maile has written a letter to the City of Tshwane mayor about the alleged R7m golden handshake ...
News
2 years ago

Coalition governments are the future of the country, otherwise a one-party state will further entrench state capture.
News
2 years ago
Next Article