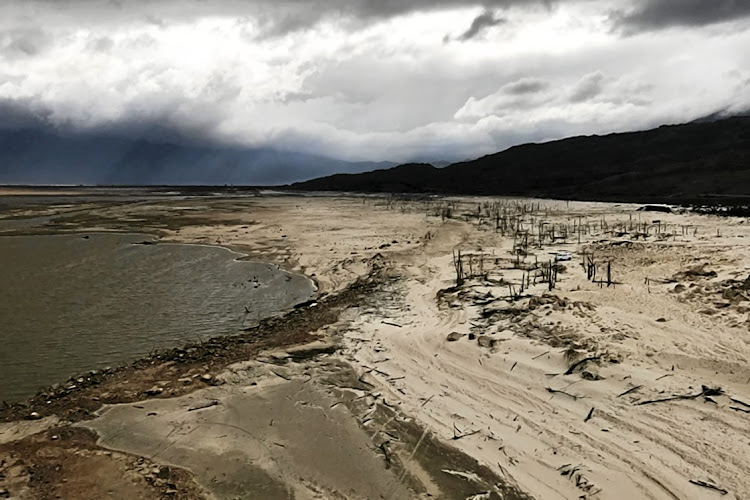 Previously languishing at just 22% of its capacity during the height of Cape Town's recent water shortage, Theewaterskloof Dam is currently at 66.5%.
Image: Esa Alexander

Last year Cape Town residents were coming to terms with having to queue for water rations. Those days seem a distant memory now, with news that dams in the province have reached their highest levels in four years.

“Some major dams are already 100% full, while others like Clanwilliam Dam on the west coast have reported a second weekly increase of above 20% for the past week,” said Anton Bredell, MEC for local government, environmental affairs and development planning, on Monday.

The total average level for dams across the province is now at just over 61% of their capacity, which is the fullest they have been since 2015 when levels reached more than 70%.

"Two years ago, on August 7 2017, the average dam level for the province was 28%. The Theewaterskloof Dam at that stage was only 22% full. Currently that dam is more than three times that level, at 66.5%,” said Bredell.

While coastal areas of the province will celebrate these figures, the agricultural sector in the Karoo remains concerned about the lack of rainfall there, with the area still considered to be in a drought.

Bredell warned that the water-saving measures adopted by Capetonians during the recent drought crisis should still be maintained. "The resource will always be under pressure and we need to continue with the good practices we have seen,” he said.

After water tariffs were raised by around 27% last year in order for the city to recoup some of its losses in water revenue, Bredell said officials could now start considering dropping that figure.

"These discussions are generally held at the end of the winter rainfall period, where the national department informs the different sectors how much bulk water they can consume in the coming year. Once the department has made these numbers known, municipalities translate this into specific water restrictions," he said.