Chained by the feet, a South African man who has been held captive in Libya since 2017  has pleaded to be reunited with his family.

The family of Gerco van Deventer are struggling to raise the $1.5m (about R22m) his captors are demanding for his release.

South Africa's official policy is not to pay ransoms.

The 43-year-old Van Deventer, with a thick greying beard, was among four men abducted in southern Libya in November 2017. The three other men are Turkish.

Founder and director of humanitarian aid organisation Gift of the Givers, Dr Imtiaz Sooliman,  said they had become involved in negotiating for Van Deventer's release in February this year.

Sooliman said his captors are a splinter group linked to Al Qaeda.

In a message seen by TimesLIVE, which was sent to Sooliman by Van Deventer's wife, she said her husband was taken hostage on November 3, 2017.

She said he was taken in Awbari while they were on their way to a power plant.

"I am still in contact with one of the Turks who were taken with Gerco. He assured me  they were well treated and fed and watered," she told Sooliman.

On a Facebook support page the family said they had kept quiet about his kidnapping as a precaution for his safety, until the news broke recently. 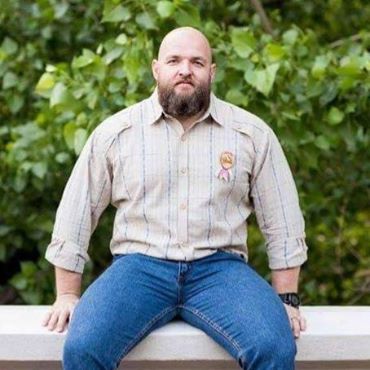 A video of the father of three pleading for help from authorities was shared on social media in January this year.

"I've been kidnapped for the past 455 days. I've got a lot of problems. My blood sugar, I cannot control it. I've got a problem with my heart. I've had three chest pains, possible heart attacks. I am struggling with going to the toilet, there's blood in my urine. I desperately need to see a doctor at a hospital. I need to be released as soon as possible," the South African paramedic says.

A sobbing Van Deventer pleads for his release, saying: "Whatever the demands are, please pay the money and let me be released. Please, please, please, all the governments who see this video.

"Let me go home to my family in South Africa. It's been a long time. I haven't seen or spoken to my children for all this time, I haven't spoken to my wife. I just need to go home."

'Until they show me Christo's body, I don't believe it': Wife of SA man kidnapped in Burkina Faso

Amanda Bothma is still holding on to hope that her abducted husband, Christo Bothma, is alive.
News
2 years ago

Van Deventer is a combat/operational medic with advanced life support skills training. He has 22 years' experience, including 11 years in the military as a medical practitioner.

His career has seen him deployed at times of natural disaster (2000 Operation Litchi floods in Mozambique). He also helped survivors after the 1998 US embassy bombings in Nairobi, Kenya.

He was in Libya as part of a one-month contract as a paramedic.

According to Sooliman, there are seven similar cases of South African hostages being held in West Africa. He said they were involved in six cases, but that had since been reduced to five after Christo Bothma, 54, who was held hostage in Burkina Faso, died in custody. "We are also busy with two in Somalia," he said.

Spokesperson for the department of international relations and cooperation, Ndivhuwo Mabaya, could not be reached for comment.