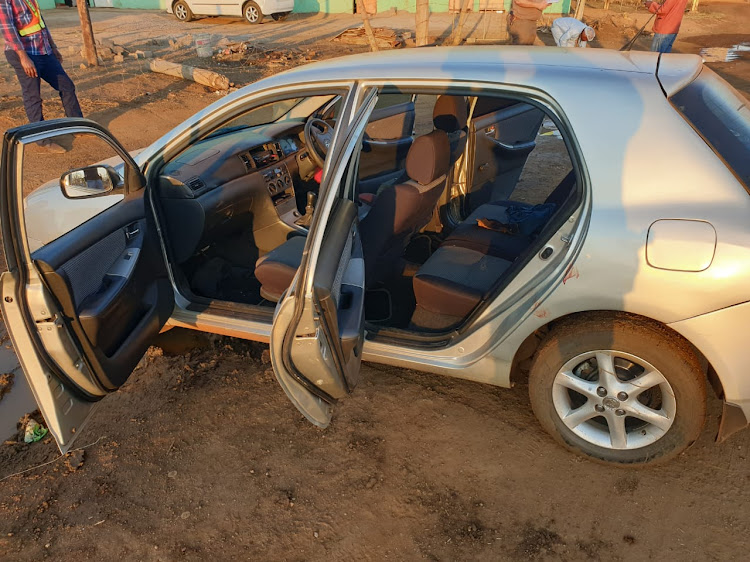 Two men were shot and one jailed in Northam, Limpopo, shortly after a business robbery on Saturday, August 3 2019.
Image: SAPS

Three armed men stormed into a Pep store, stole money and locked staff inside the cash safe at Northam in Limpopo.

But their escape was foiled after a car chase and shootout on Saturday, which left two of them wounded.

When the gang entered the store they ordered staff and a security guard who was there to collect cash to lie down on the floor.

WATCH | Thugs on the run after McDonald's robbery in Joburg

Six men entered a McDonald's and instead of leaving with burgers they went off with a cash till.
News
2 years ago

"After emptying the safe, both the security official and the staff were locked inside the cash safe. The police were alerted and the available information, including the suspected vehicle was immediately operationalised in the area,"

The suspects' getaway vehicle, a Toyota RunX, was spotted in the area. During an ensuing car chase, two of the suspects were shot and injured while the third was cornered and arrested. The injured were taken to hospital under police guard.

Mojapelo described the operation leading to the arrest as well-coordinated and supported by the community.

The suspects, aged 21, 27 and 37, will face charges of attempted murder, possession of unlicensed firearms and ammunition and resisting arrest.

Mojapelo said the firearms would be subjected to ballistic tests to determine if they had been used in other crimes.

The trio will appear in Northam magistrate's court soon.