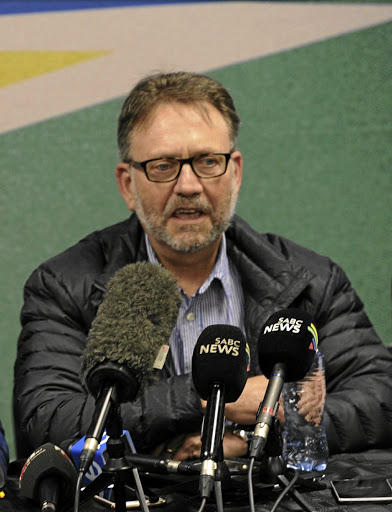 The DA has come out guns blazing against the Independent Electoral Commission's (IEC's) proposed draft regulations on transparent political party funding, arguing the rules were beyond the legal authority.

The DA has specifically targeted one draft regulation, which seeks to compel political parties represented in parliament to publicly disclose donations of more than R100,000 while they submitted records of lesser amounts to the IEC, saying it was impractical to implement.

But labour federation Cosatu has begged to differ, saying while the DA viewed some of the proposed requirements as "onerous", they were worthwhile in order to stem the tide against corruption and abuse of political office.

The DA and Cosatu were presenting their views during public hearings conducted by the IEC in Cape Town on the draft regulations on political party funding, which once implemented will give effect to the new political party funding act signed into law by President Cyril Ramaphosa in January, after it was passed by parliament last year.

The EFF has poured cold water on claims made by former central command member Thembinkosi Rawula that party money was mismanaged by Julius Malema and ...
News
2 years ago

Outgoing DA Federal Executive chair James Selfe was the first to fire a salvo at the proposed draft regulations on the declaration of donations.

Selfe asserted that the requirements for parties to submit bank records of donations less than R100,000 to the IEC was not a workable solution. This, he argued, was because most political party branches held bank accounts separate from their provincial and national head offices.

"With great respect, our view is that this is simply ultra vires [beyond legal power]," said Selfe.

"Many of the donations are made in the form of cash and while these are receipted, they are banked globular amounts. To require volunteers at branch level, none of whom are necessarily sophisticated, to obtain the required information would be time-consuming and burdensome.

Probe into 'fraud and corruption' at National Lotteries Commission

An investigation has been launched into the National Lotteries Commission (NLC) following allegations of fraud and corruption involving grant ...
News
2 years ago

"It would also require all political parties to employ and army of bookkeepers to ensure compliance. It is our submission that... what the proposed regulations seek to do is to impermissibly extend the scope of the legislation."

But Cosatu's Matthew Parks said: "It's a lot of work but it's worthwhile in protecting the integrity of the state, dealing with the issues of corruption and, in fact, protecting the political parties themselves from being abused and manipulated."

The ANC's Dakota Legoete, who's leading the party's delegation at the IEC public hearings, was reluctant to share the party's view on the matter, insisting they would make their views known when they present today. But he hinted they had concerns around the R100,000 declaration threshold.

Sy Mamabolo, CEO of the IEC, said they would reflect on all views expressed before finalising the regulations, which also prohibit parties from accepting donations from foreign governments and agencies, as well as state-owned companies.

Several senior members of the Democratic Alliance have considered breaking away to form a new party because of disputes about its policy direction, ...
News
2 years ago

DA leader Mmusi Maimane says damning evidence by former Bosasa COO Angelo Agrizzi at the Zondo commission shows that the issue was not only about ...
News
2 years ago
Next Article