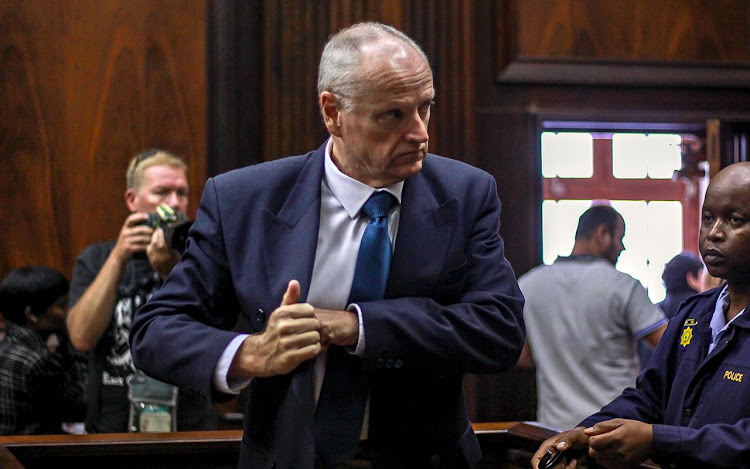 Packham was sentenced to an effective 22 years in jail for the murder of his wife, Gill, and subsequently burning her body in the boot of her vehicle in February 2018.

"The state has received the papers of Rob Packham indicating his application for leave to appeal his conviction," said Ntabazalila, adding that the state would oppose the application.

The NPA has 30 days to file its opposing papers.

Accused of murdering his wife, Rob Packman testified in the Cape Town high court on Tuesday April 16 2019, giving his side of the story as to what happened on the day his wife Gill Packham went missing. Gill disappeared on 22 February 2018 before her body was found in the boot of her burnt-out BMW. Here are five key points from his testimony.

Wife murderer Rob Packham’s bid for freedom has suffered yet another blow.
News
2 years ago

Rob Packham killed his wife 'to get out of a tight spot', says prosecutor

Rob Packham found himself in a "tight spot" between two women and attempted to extricate himself by killing his wife, the Cape Town high court was ...
News
2 years ago
Next Article