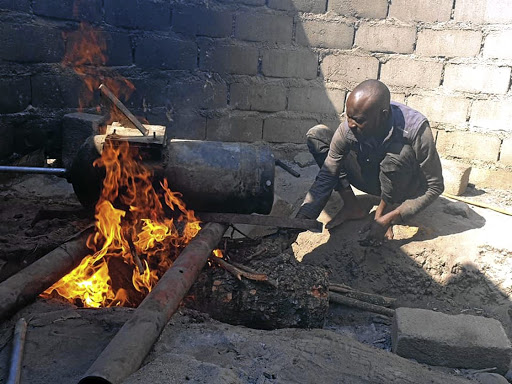 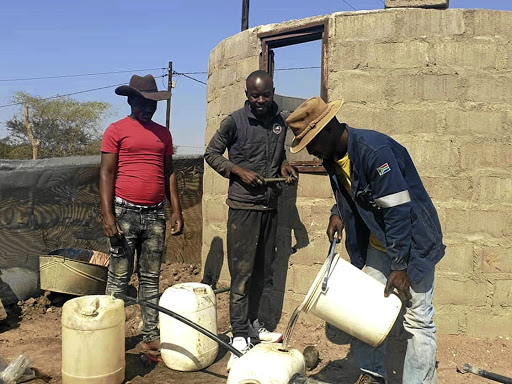 An experimental idea to make bricks from plastic has developed into an innovative petrol and diesel plant in the backyard of a village home in Mpumalanga.

Sibusiso Shabangu, a former security officer from Sibange village near Malelane, said he initially wanted to make plastic bricks to pave his parents' home after he lost his job.

Shabangu, 27, said while he was making bricks from plastic, to prevent dust, he decided to explore further after he realised that there was a smell of petrol, leading him to think that if he increased the heat, he could get petrol. The plan worked.

"I was a security guard at a local company. When I lost my job, I came home and had a plan of making plastic bricks to pave my parents' home.

"With plastic all over the village, I thought that will also help in recycling. When I started heating plastics, using metal drums on fire, the end product smelt like petrol," he said.

"I then thought of the old way of making gin when ingredients would be placed on high heat and then gin would be produced.

"When the heat was about 400 degrees Celsius, the plastic turned to oil which later came out as diesel and I decided to increase the product."

A South African duo has developed a compact robotic system that can detect explosives through the air.
News
3 years ago

Shabangu, who stays with his mother and sister, said he tested the product by giving it to a local lawn mower owner in the village.

"I don't have many clients, but a few locals who have tractors and those using lawn mowers use it.

"Some people use it for their water pumping engines to draw water from the river. For now, I have an order of 400 litres of diesel which will need me to hire more people to help me," said Shabangu, who sells a litre for R10.

With the unemployment rate high, Shabangu said his plan was to expand the plant and create employment.

The mayor of Nkomazi municipality Johan Mkhatshwa visited Shabangu's home at the weekend for a demonstration. The mayor said he and his team were "blown away and will try to help Shabangu".

"The municipality is excited about this innovation. We will do our best to protect his patent rights and support his initiative. This, we believe, will encourage many of our young people to work harder to realise their dreams," said Mkhatshwa.