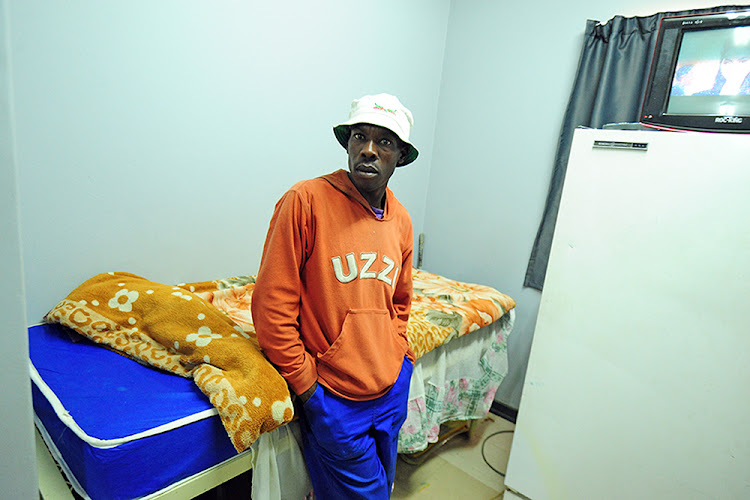 Johannes Honono stands next to a bed in the hostel he lives in at Rantjiespark horse stables. The labour department visited the stables on Tuesday to check on compliance by trainers and to talk to horse grooms about their rights.
Image: Thapelo Morebudi/Sunday Times

These were among a multitude of concerns horse grooms raised at the Randjiesfontein racecourse in Midrand during a site inspection by the department of labour on Monday.

Grooms at the facility sleep on steel beds with mattresses, in rooms which accommodate up to four people. Some renovations had been done to four hostels, while other grooms still live in dire conditions.

Walter Sibande and 49 others share four indoor toilets and four indoor showers at the grooms' hostels.

Dozens of grooms - wielding sticks‚ knobkerries and sjamboks - protested outside the Summerveld horse training centre‚ west of Durban‚ demanding an ...
News
3 years ago

Sibande said there were no lights in the bathrooms and the dirty toilets had no lids. There are also no shower heads and the bathroom doors are rundown.

The broken windows in some of the rooms are covered with newspaper, while rubbish lies littered next to the open gas stoves they use.

A power box and cage for a gas bottle stand open at the facility.

Sibande has been working at the racecourse for over eight years.

"We have a big problem living this side. Nothing works here. We need some light and proper toilets, because it doesn't flush. The rooms at the renovated hostels are better," he said. 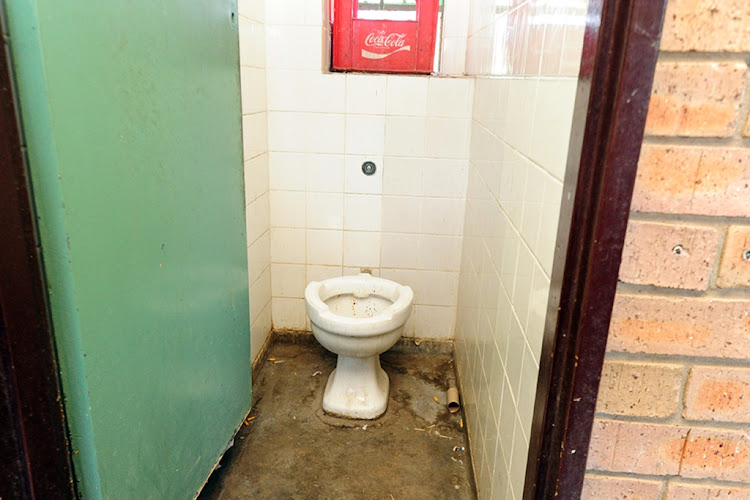 Toilets at the Rantjiespark horse stables, which were inspected by the department of labour on Tuesday..
Image: Thapelo Morebudi/Sunday Times

He said he earned about R160 a day, which he said was not enough.

"Your contract can finish at anytime, then you are jobless. Some guys get as little as R800 as a 'thank you' after their contract ends. That is not right," he said.

The department of labour inspected at least three employers at the racecourse on Monday.

Each employer has about 18 employees.

Department spokesperson Mishack Magakwe said employers were not complying with the "terms of written particulars of employment and information about remuneration" contained in the Basic Conditions of Employment Act.

He said employers were complying with the national minimum wage, but not with  occupational health and safety standards.

The public protector has postponed hearings into the horseracing industry in Gauteng indefinitely.
News
3 years ago

"We have issued a notice and the employers requested an extension to complete the renovations at the hostels," said Magakwe.

He said that returns of earnings and payments in terms of the Compensation for Occupational Injuries and Diseases Act were outstanding.   Employees were also not registered under the Unemployment Insurance Fund.

"Contravention notices will be issued and they have 14 days to comply or face the full might of the law. It is our responsibility to make sure that employers comply with all the labour legislation, hence we did not hesitate to act.

"We will continue to monitor this situation, and this should also serve as a warning to other companies that the department will not spare them should it find that they do not comply with any of the labour laws," he said.

The newly revamped hostels boast new basins and toilets. Some of the rooms are fitted with fridges and televisions.

Workers' union Academic and Professional Staff Association (Apsa) says it "fears nothing" in its plans to disrupt the Vodacom Durban July.
News
2 years ago

On Tuesday morning, the grooms were watching soccer highlights.

During the revamp, a cement block bed was built where a mattress could be placed on top. This was used as an illustration before the rest of the beds were going to be built, but it left a bitter taste in the mouths of the grooms.

They demanded the standard steel beds.

"In the beginning they built those kak beds. We told them we don't want that. It looks like a coffin. After we went on strike they gave us new beds," Johannes Honono said.

Honono said they are "happy but also not happy" at work.

"Here you work like a donkey. We even work over weekends with no overtime. When you work at the races, you get R50 and are told you must go buy your lunch," he said. 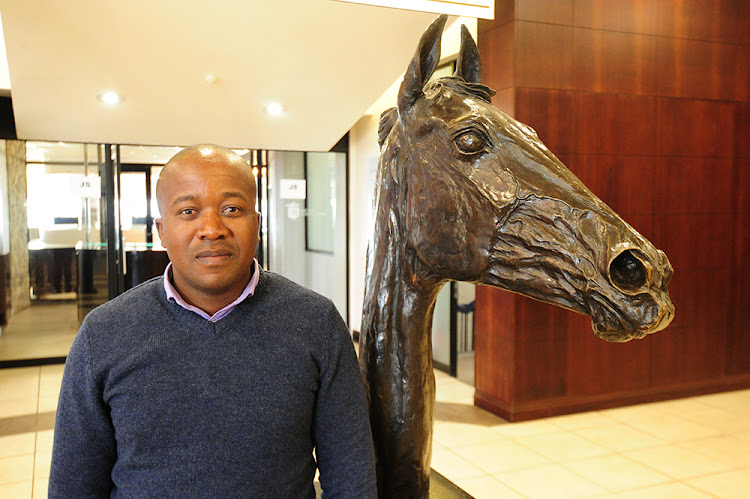 Hilton Makhubedu of Phumelela Gaming & Leisure, who spoke on behalf of the company during the labour department’s inspection.
Image: Thapelo Morebudi/Sunday Times

The trainers pay the grooms' salaries and JSE-listed Phumelela Gaming & Leisure, which manages the bulk of horse-racing and betting operations in SA, is responsible for the grooms' accommodation.

Phumelela's Hilton Makhubedu said the number of grooms had dropped and there were now more or less 380 grooms at the facility.

"I will concur with them with the hostels, but the main problems at the hostels are vandalism. No one wants to take responsibility in that regard," he said.

Makhubedu said more hostels would be renovated and the grooms would be moved to temporary accommodation. He said they were waiting for the next financial year to complete the renovations.

According to Makhubedu most of the grooms lacked "life skills development".

"They complain that the place is rundown, but those are very same people who fail to look after the place despite the effort we put in to make sure they look after their wellness," he said.

He said they also had to put money aside to fix the fence at the training centre.

Despite reassurances from organisers trade union Academic and Professional Staff Association (Apsa) has threatened to still protest at and "shut ...
News
2 years ago

The trade union that represents Betting World and Tab employees is refusing to bow down to Phumelela’s demands.
News
2 years ago
Next Article