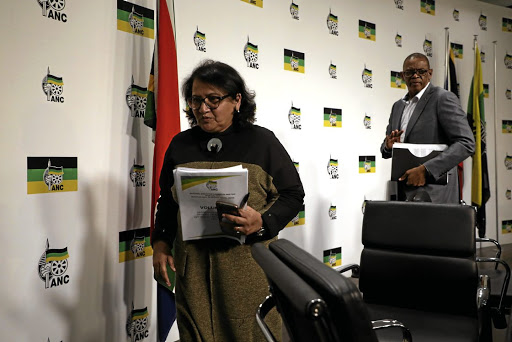 The ANC has ordered the government to provide regular updates on the implementation of the economic stimulus and recovery plan which was announced last year to curb the growing rate of unemployment.

This came as statistician- general Risenga Maluleke yesterday announced that the unemployment rate has jumped by 1.4 percentage points from 27.6% in the first quarter to 29%.

The unemployment rate has been described as a crisis, particularly with the youth being the most affected.

The ANC national executive committee (NEC) meeting over the weekend agreed that the stimulus plan, announced by President Cyril Ramaphosa last year, should be implemented speedily.

The plan will essentially see government expenditure being prioritised on activities that have the greatest impact on economic growth, domestic demand and job-creation, with a particular emphasis on township and rural economies.

ANC secretary-general Ace Magashule said yesterday that the NEC was concerned about the staggering unemployment rate.

"We woke up this morning on the announcement that the official unemployment rate has risen to 29%. This continues to be the single most important challenge facing our nation," Magashule said.

"It [NEC] noted with concern the poor performance of the economy, with continued job losses and serious challenges in critical state-owned enterprises. This has a dire impact on poor households, the middle class, women and young people, who bear the brunt of structural unemployment, inequality and poverty."

Magashule said it was agreed that the government must implement and prioritise measures, including acceleration of radical socioeconomic transformation, aimed at fighting rising unemployment in the country.

He said that it was agreed that government officials would give regular update to the NEC on the implementation of the economic stimulus and recovery plan.

"The ANC calls on all its members, supporters and all South Africans, to be part of this national effort to accelerate inclusive growth and transformation," he said.

ANC should focus on the economy

That SA's unemployment rate has risen to its highest level since 2008 is alarming.
Opinion
2 years ago

Horse grooms on Tuesday raised a multitude of concerns about their living conditions at the Randjiesfontein racecourse in Midrand.
News
2 years ago
Next Article