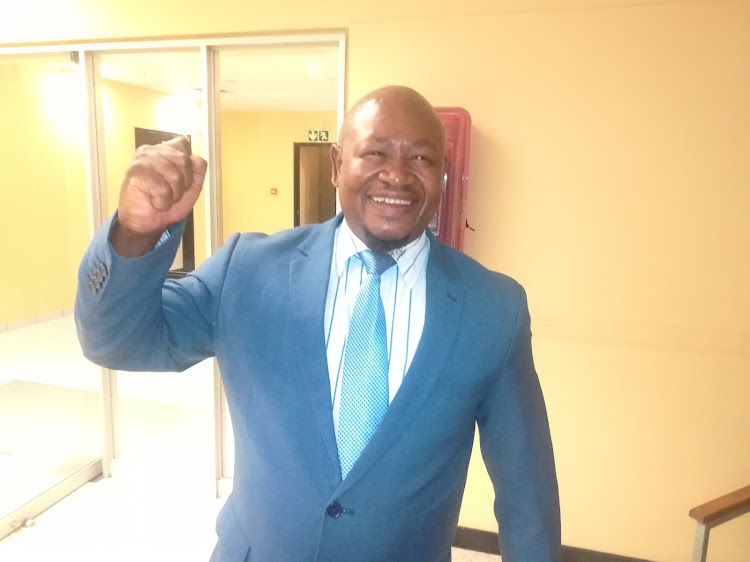 Meekaefele Mosooa outside the high court after being acquitted on a murder charge. Mosooa shot dead motorcyclist Douglas Pearce after an alleged road rage incident in Johannesburg five years ago. Mosooa said he shot Pearce in self- defence, which the court accepted.
Image: Ernest Mabuza

Judge Brian Spilg on Monday acquitted Mosooa of all the charges he was facing in connection with the death of Pearce, including murder.

While Pearce’s mother, Mary Anne Pearce, sobbed uncontrollably after the decision, Mosooa said he knew from the first day that he would be acquitted.

Mary Anne would not comment, saying only: “There is no justice. Where is justice?”

Pearce died within five minutes after he was shot twice by Mosooa on Malibongwe Drive on the morning of February 14 2014.

Pearce was on his motorbike when he became involved in an argument with Mosooa, who was in his car.

'I get scared when I see a middle-aged white male,' says actor punched in Makhanda road rage spat

A motorist who was punched and thrown to the ground in a road rage altercation at the weekend in Makhanda in the Eastern Cape says he is still ...
News
2 years ago

It emerged that Pearce had been following Mosooa for some distance and he allegedly brandished a firearm in his direction.

Both men pulled over and continued their confrontation. Mosooa claimed he had been shot at before he fired his gun in self-defence.

Spilg on Monday held that Mosooa’s explanation, that he was acting in self-defence, was reasonably possibly true.

Spilg said the evidence of the Johannesburg Metropolitan Police Department officers, who were at the scene immediately after the shooting, could not be relied upon.

He said they did not take care of the crime scene or the firearms belonging to both Mosooa and Pearce.

Spilg was also not happy with the evidence provided by the police forensic expert who reconstructed the crime scene.

“I am satisfied that the deceased was not shot in cold blood,” Spilg said.

A 26-year-old man has been arrested for beating up an elderly Port Elizabeth man in what appears to be a road rage attack over the weekend.
News
2 years ago

The judge said from the evidence presented in court it was clear that Mosooa did not exceed the bounds of self-defence.

Speaking outside the court after his acquittal, Mosooa said he knew he was not guilty.

“I was insulted racially by the deceased. I was chased for 5km. He took out the gun first. He is the one that shot first and I only shot after that when I realised I was gonna die,” Mosooa said.

Mosooa said he believed law-abiding citizens who encountered road rage must stand up for themselves.

“I don’t believe law-abiding citizens must cower in the face of criminality. They must stand up because when they do so, they indirectly enforce the law,” Mosooa said.