'Donations' of land and tax penalties for large landowners mooted 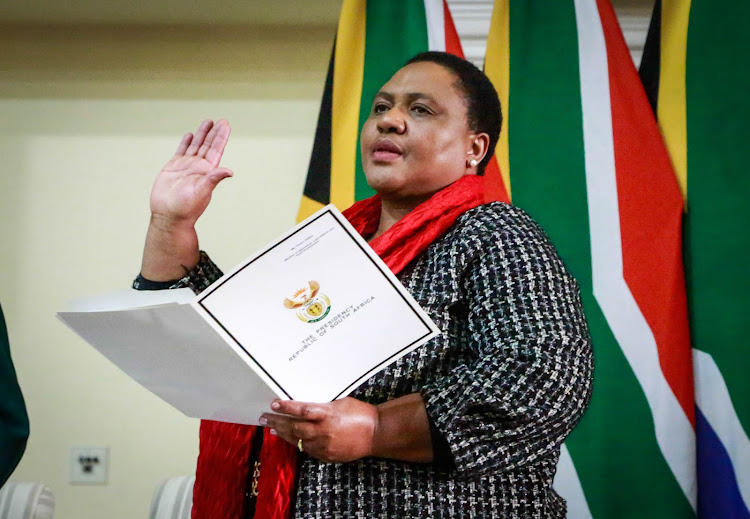 Land expropriation without compensation should be one of several land acquisition strategies for land redistribution.

Therefore, the legislature should ensure that the Expropriation Bill of 2019 is finalised with immediate effect.

This is among the recommendations contained in the report of the Presidential Advisory Panel on Land Reform and Agriculture, which was appointed by President Cyril Ramaphosa in September last year.

The panel released its report to the president in June and agriculture, land reform and rural development minister Thoko Didiza released it to the public on Sunday.

The panel was mandated to review, research and suggest models for government to implement a fair and equitable land reform process that redresses the injustices of the past, increases agricultural output, promotes economic growth and protects food security.

The panel said in its report the “willing buyer, willing seller” approach, combined with institutional dysfunction and poor governance and leadership, had contributed to a slow and corruption-ridden land reform process.

This was characterised by inflated land prices, haphazard and unstructured land acquisitions and allocations that continued to perpetuate inequalities.

The panel said the starting point for redistribution must be serious engagement with the nature of demand; who wants what land, where and for what purposes.

The panel proposed that a range of land acquisition methods be used and should target both public and private land.

These include donations, expropriation and land purchases.

However, the panel said the state had opted not to use its powers to expropriate property for land reform purposes and instead had bought properties offered on the open market or engaged in negotiated purchases.

The bill states that it may be just and equitable for expropriation without compensation including where land is expropriated in the public interest - specifically where the land is used by a labour tenant, and where land is held for speculative purposes, or when the land owner has abandoned the land.

WATCH | 'I spent my life savings on this house' - Lenasia homeowner

With even relatives now reluctant to visit them, Lenasia South homeowners want to start anew somewhere else after being encircled by land invaders.
News
3 years ago

“It is important that the bill must specify much more clearly the meaning of instances that would amount to ‘nil’ compensation, e.g. land held for ‘speculative reasons,’ and the meaning and import of ‘abandoned land.’ Alternatively, this could be a matter for clarity by the courts,” the panel said.

The panel also recommends an in-depth assessment into the conditions for application of land ceilings.

This would be to limit the total area of land that any one individual or company may own, "so as to limit and reverse the trend towards concentration of land ownership, which is antithetical to land reform."

"The state must be empowered in law to compulsorily acquire surplus land and to determine which land is required for redistribution.

"Because land ceilings are generally difficult to enforce, we propose that the land ceiling issue be addressed alongside the land tax inquiry, so that large landholdings beyond a prescribed threshold may either be directly acquired by the state or be punitively taxed."

On land donations, the panel recommended that a donation policy be developed.

This "voluntary release" of underutilised land "for the settlement of vulnerable groups" is aimed at mines, churches, municipalities, SOEs, government departments, absentee landlords and general landowners.

The state, the report recommends, could then facilitate the planning, subdivision and infrastructure development on this land, as well as the systematic and orderly transfer of those properties to the deserving beneficiaries.

In this way, donors such as churches, "will have played the vital role of good corporate citizens by contributing meaningfully to land reform; one of the most patriotic and nation-building imperatives of the new democratic dispensation".

There would be an "exemption from donations tax of any land donated to land reform" in terms of this proposal, and, once appropriate beneficiaries are identified, "the state should carry the conveyancing costs of land transfer".

The panel proposed the establishment of a land reform fund to financially kick-start the envisaged programmes.

"These financial arrangements should happen on preferential terms (such as deferred interest payments and subsidised interest). In addition, a state guarantee for these on-lended funds could act as collateral to ease the access to finance for new entrants in the land reform space," the report states.