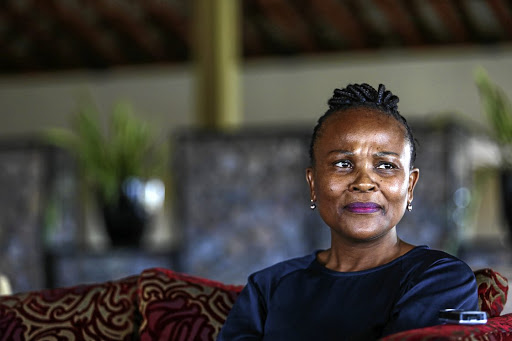 In a fresh investigation, public protector Busisiwe Mkhwebane has her sights set on the SA Revenue Service (Sars) and public enterprises minister Pravin Gordhan yet again, but this time probing the appointment of Sars commissioner Edward Kieswetter.

Mkhwebane’s spokesperson Oupa Segalwe said the office has received two complaints relating to recruitment processes at the revenue collector. One is regarding people who have moved with Gordhan to all the departments he has been in charge of but are still said to be receiving their salaries from Sars.

“The claim is that Sars pays their remuneration and then it claims reimbursement from the receiving department. Sars would’ve claim at (National) Treasury when they were at Treasury and then Cogta when they were at Cogta, and now claims from (the department of) public enterprises,” said Segalwe. “There’s a further claim that their remuneration has been increased irregularly.”

Mkhwebane is also investigating whether there were any irregularities around the recruitment processes of Kieswetter, whom the EFF has raised issue with.

“The second one is as a result of a complaint which was lodged in May, and this one has to do with recruitment and selection processes that Sars followed when it appointed its current commissioner,” said Segalwe. “It’s alleged that there are irregularities in that process. That’s the allegation that we’re investigating.”

Segalwe said the complaint did not come from the EFF or any other political party although the former has previously aired its concerns regarding the appointment. The EFF has alleged that Kieswetter is a close friend of former finance minister Trevor Manuel and that he influenced his appointment. Manuel took this matter to court where it was found that he recused himself from the interviewing process when it was Kieswetter’s turn because of their close relationship.

Segalwe also went on to say that this should not be viewed as another element, as it has been alleged, of Mkhwebane’s fight against Gordhan.

“Now people think the public protector is on a mission to deal with Sars and that she goes out fishing for these things, it doesn’t work like, it doesn’t work like that at all. We receive complaints but the complainants have asked us to keep their identities hidden,” Segalwe said, adding that letters requesting documents have been sent while others are being prepared.

From a Constitutional Court ruling that she fell short of the standards required of her office in the Bankorp-Absa bailout matter to releasing a report in which she found President Cyril Ramaphosa broke the ethics code by "lying" about donations to his CR17 presidential campaign, public protector Busisiwe Mkhwebane continues to dominate headlines.

It does not matter who dissented but the fact remains that the majority of the bench found otherwise.
Opinion
3 years ago

Everything you need to know about Busisiwe Mkhwebane's crowdfunding

Democracy in Action is attempting to rally Mzansi behind the public protector.
News
3 years ago
Next Article