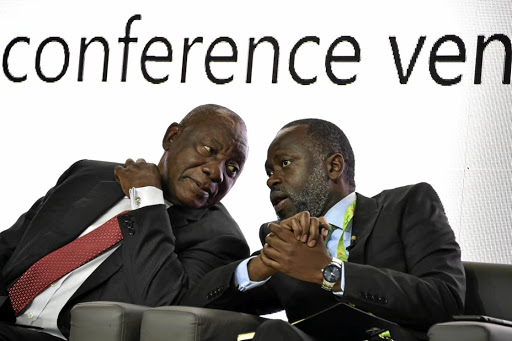 Having only four major banks in SA is hampering the country's economic growth.

This is according to President Cyril Ramaphosa who yesterday bemoaned monopolies in various sectors such as banking. Addressing a conference looking at 25 years of democracy at the University of Johannesburg, the president said very little has been done to end white people's monopoly over important sectors of the economy.

"The economy of our country is not open enough and it so happens that it is only open to certain insiders who are white.

"The IMF long ago, with the World Bank, analysed our economy and said that one of the key problems with our economy in South Africa is the dominance of monopolies.

"That they have a stranglehold on the economy of our country and that was what was designed in the past and it was so designed that it ensured that there were a few insiders and it so happened that the insiders were white controllers of the economy and that has continued right until today."

Ramaphosa said one such sector was banking. As it stands, there are four major banks - Absa, FNB, Nedbank and Standard Bank - servicing the country's needs from bonds, day-to-day banking and loans.

The Fourth Industrial Revolution (4IR) is going change the way people work as human element in the production of goods will become more irrelevant.
News
2 years ago

"You look at the banking sector, you've got only four banks that dominate the economy of our country - the major ones that is - [servicing] the 57-million population ..."

He said that this was detrimental to the economy as it is meant to shut out new players from participating in the sector.

People find it difficult, he said, to finance their businesses because of the limited option. "With only four banks, your entry or your access to capital becomes very constrained. If you want to go and start a company, you move from one bank to the other and by the time you get to the third one they've all said no. Where else do you go?

Ramaphosa said his government would now pay a lot of attention to township businesses as one way of ending the dominant rule of monopoly. He promised that business people in the townships would be assisted financially to get up and running.

South Africa has made a lot of strides in the past 25 years – from ensuring there is a non-racial society to access to basic services and improving ...
News
2 years ago

Magashule said the ANC cannot betray the people.
News
3 years ago
Next Article