Have you seen this woman? She's wanted by cops over R8m Sandton jewellery heist 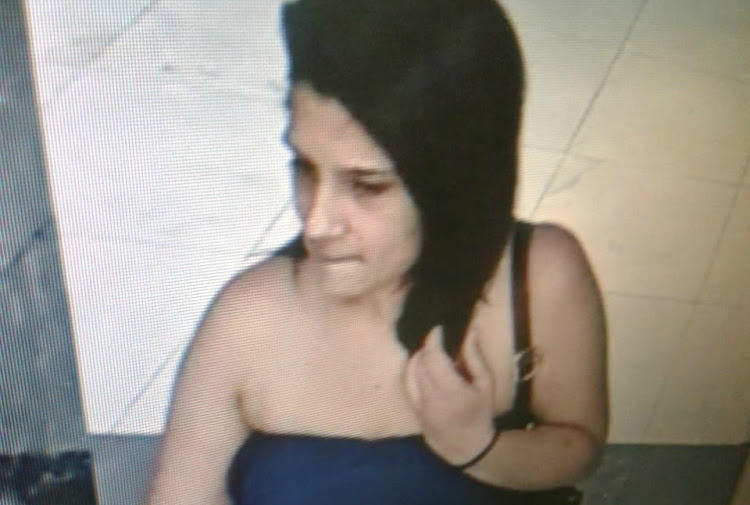 Police are searching for this unidentified woman, who made off with jewellery worth R8m in Sandton on Sunday.
Image: Twitter via @Abramjee

On what was meant to be a quiet Sunday afternoon at Nelson Mandela Square in Sandton, Johannesburg, three people posing as customers robbed a high-end jewellery and watch shop of goods estimated to be worth R8m.

Explaining the ordeal, Taybah Moosa from the House of Ameera said a woman entered the store and looked around before asking to be shown the most expensive watch, worth R2.9m. She also asked to be shown expensive rings - and seemed surprisingly nervous.

Pictures of the woman - as well as two men - have been circulated. Police on Monday evening gave permission to share the images, saying that investigators wanted to speak to them in connection with the incident.

These two men and women accomplices robbed House of Ameera in @NelsonMandelaSq at the weekend. They made off with watches worth R5m. Reward on offer for info that will lead to their arrest and convictions. pic.twitter.com/QGvinbsQUw

"It was weird that she wanted to see only the most expensive products. She did not pay attention to detail but kept on looking around and outside the window," said Moosa.

As the woman kept on shopping, she was joined by a man, who also posed as a customer. The duo acted as if they did not know each other. Moments later they were joined by another man, who carried a large bag.

"As a consultant was assisting one of them, the last guy who entered the shop just pulled out a gun and ordered that everyone keep quiet and ... lay down on the floor, while the two took watches, diamonds, rings," recalled Moosa.

The entire ordeal took place in less than 20 minutes, during which Moosa said the trio ransacked the place.

She said one shop assistant was tied up with a rope, assaulted and sustained injuries as she was forced to open the safe.

Although an audit is still being conducted to determine the exact value of the 19 rings, luxury watches and diamonds stolen, the store confirmed that at least R280,000 had been taken from the safe.

Police spokesperson Captain Granville Meyer confirmed the incident, which was captured on CCTV.

"A case of business robbery was registered. Police are still busy with investigations and analysing the footage, showing two males and a female," he said.

The suspects were still at large on Monday evening.