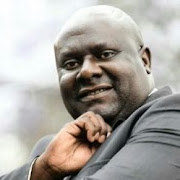 Former Johannesburg MMC for finance Rabelani Dagada has lashed at the DA-led government in the city saying its future is only in the Western Cape.

Dagada spoke to SowetanLIVE on Monday after tweeting that he has joined the ANC. He had resigned from the DA last July after Johannesburg mayor Herman Mashaba had fired him in January 2018 from his position as the city head of finance. Dagada was sacked on allegations of corruption, nepotism and price-fixing among other charges.

Dagada however had announced his move to the ANC for the first time in December.

"After I got removed from the mayoral committee there were issues between me and the party. It was no longer about me and [mayor Herman] Mashaba. The party took Mashaba’s side and I had no choice but to leave,” he said. Dagada said the DA members he left behind in Johannesburg were "wasting their time".

“They are wasting their time. They are not appreciated. The DA does not have a future as a party that has coverage nationally. We are moving towards a situation where the DA will be confined in the Western Cape and Cape Town,” he said.

Mashaba sacked Dagada after a forensic investigation found him in breach of the city's code of conduct and conflict of interest. In 2017, Dagada was implicated in a "jobs-for-pals" scandal in which he was alleged to have enriched his friend by facilitating access to lucrative tenders. Dagada however said losing his plum in the city was not regrettable.

“No, I don’t regret. Being there enabled me to see the DA for what they are - ruthless, uncaring and inefficient in terms of service delivery,” Dagada said.

He warned that the DA would ultimately lose Johannesburg due to the leadership of Mashaba.

“If you look at what the mayor is doing, he is spending a lot of time and money in investigations. I am not saying that investigations must not be done. But you can’t spend 80% of your time looking at the past and ignoring the present and the future,” he said.

“The DA is losing in Johannesburg. They performed very badly in the recent general elections. That was an indication of the residents saying they are not happy with service delivery. Let’s face it. The DA is going to lose the 2021 municipal elections. I can tell you now that the four by-elections, the DA will lose three of them.”

Dagada, who holds a PhD in information systems, said he was an ordinary member of the ANC and had no ambition to hold any position in his new political home.He is currently a lecturer at the University of Johannesburg and is also involved in business