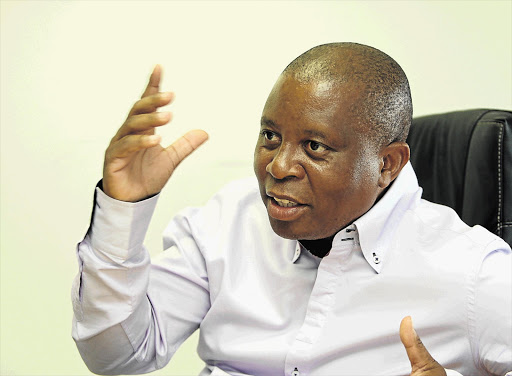 "Tensions in the area are escalating to the point where it is only a matter of time until someone is seriously hurt or killed," Mashaba said on Monday afternoon.

The mayor has called for the police to urgently intervene.

"Following the steep escalation of land occupation in the area over the past week, the situation is getting out of control. Residents within the area are reporting armed groups of land occupiers firing on homes in the affected areas, with the sounds of gun shots being heard throughout last night.

Invaders blast government for delays over site
News
3 years ago

"The situation is such that the JMPD [metro police], with its comparatively limited public order policing resources, cannot handle the situation alone and requires the full and most decisive intervention of the police," he said.

Mashaba added that he had made contact with police leaders in Gauteng and was assured of their help.

"I am fully sympathetic to the plight of those who have endured the legacy of landlessness and homelessness in our city. However, illegal land occupation and threatening the safety of other people and their property cannot be acceptable. Those engaging in these forms of criminal activity must expect to face the fullest might of the law," he said.

Mayor Herman Mashaba on Monday conceded that more needs to be done to win the war against crime in the city of Johannesburg.
News
3 years ago
Next Article