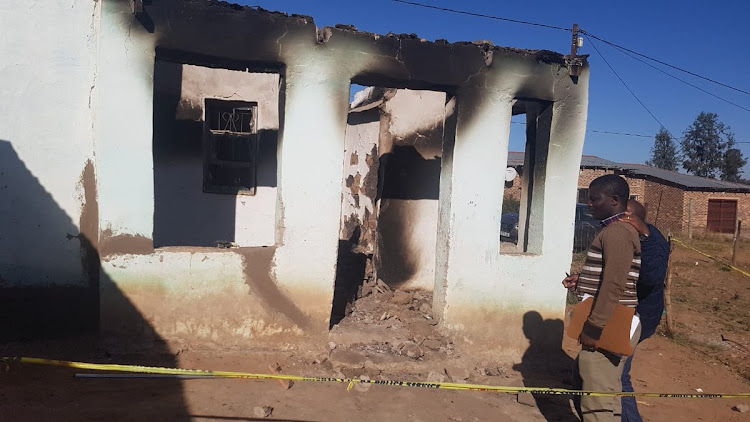 Police are investigating possible foul play in the fiery death of a grandmother and two young girls.
Image: SAPS

A 61-year-old woman and her two granddaughters, aged five and eight, were found dead at their home at Slovo Park, near Mdantsane, East London, on Monday morning.

They were sleeping in their house when it burnt to ashes, said Eastern Cape police. Their bodies were burnt beyond recognition.

The gruesome discovery was made about 7am.

The motive for their killing is yet to be established and no arrests have been made.

Acting cluster commander Brig Mandlakhe Twala promised the community that police would do everything possible to identify those responsible.

"With your assistance we will arrest the suspect soon," he said.

A woman died in a shack fire in an informal settlement in Cape Town in the early hours of Sunday, the city's fire and rescue service said.
News
2 years ago

A fire which broke out shortly before 9pm on Tuesday completely destroyed three taxis and a truck on a property in Newlands West, outside Durban.
News
2 years ago
Next Article