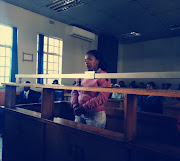 Image: Nonkululeko Njilo/TimesLIVE Kereleng Ramoisa was arrested after allegedly being found with a newborn baby.

Alleged baby snatcher Kereleng Ramoisa, who is accused of abducting a newborn baby from Chris Hani Baragwanath Hospital in Soweto, has over a month before she appears in court again.

The 24-year-old briefly appeared in the Protea Magistrate's Court on Monday. Her case was postponed for further investigations, her attorney Gift Makete confirmed.

Ramoisa's appearance comes after she was released on R 10,000 bail last month.

Her release, authorised by magistrate David Mhangu, dictates that she cannot make contact with the witnesses in the matter, that she reports to a police station on Mondays and Fridays, and that she returns to court when the case resumes.

Mhangu warned that failure to do so would result in a bail forfeiture and a warrant of arrest being issued.

Ramoisa was arrested after police were tipped off to a house in Diepkloof, a few metres from the hospital, where she was found in possession of the baby.

The mother of the stolen baby, Bikokuhle Hlatswayo, earlier told the publication that she wanted justice to be served after her baby was allegedly sold for R2,500.

Ramoisa will head back to court on August 28. Her attorney was uncertain if evidence would be led in the court, but said he would ask to view the contents of the docket before it is presented in court.