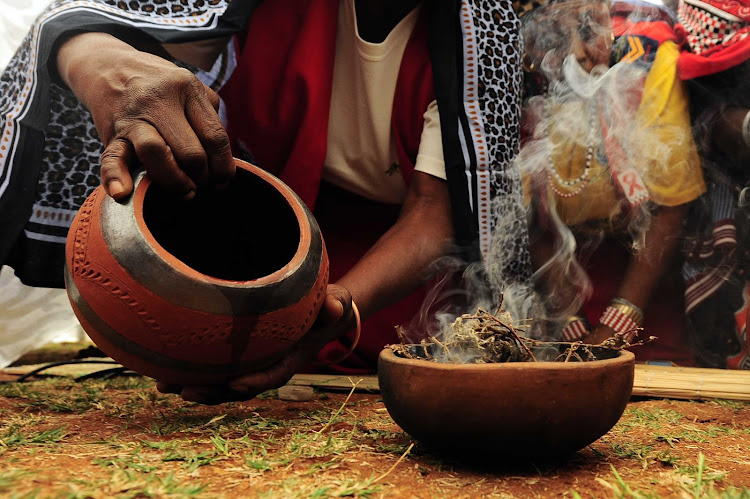 A traditional healer is expected to appear in court this week after being bust with illegal guns and ammunition.

KZN police said on Sunday that the healer was one of two men - aged 48 and 69 - who were arrested earlier this month. They are to appear in the Umlazi magistrate’s court for murder, attempted murder, and possession of unlicensed firearms and ammunition charges.

Sandile Magwaza, 48, was charged with attempted murder, murder, as well as possession of an unlicensed firearm and ammunition. He made his second court appearance on July 18, and the case was remanded until July 25.

Sphiwe Bhulose, 69, a traditional healer, was charged with possession of unlicensed firearms and ammunition. He appeared in court on July 16 and was remanded in custody until July 22.

According to police spokesman Lt-Col Thulani Zwane, SAPS and Durban Metro were, on July 15, investigating a wanted murder suspect at U-Section in Umlazi, Durban south.

'My mentor repeatedly raped me'

A traditional healer who was allegedly raped by her trainer (gobela) while she was in initiation school has spoken about her ordeal.
News
2 years ago

"The suspect [Magwaza] was spotted walking with three other males and when they noticed the police officers, they fled in between the houses. The men shot at police officers as they were fleeing. During the shootout, the wanted suspect was wounded on his leg. He was arrested and found in possession of an unlicensed pistol with ammunition," said Zwane.

They followed further leads to a house Q-Section, Umlazi. They house belonged to Bhulose.

"During a search of the premises police officers discovered a rifle, shotgun, revolver as well as counterfeit cash. Various calibers of ammunition were found in a bucket filled with muthi.

"The traditional healer refused to cooperate with police officers with regards to how he came into possession of the illegal firearms. A vehicle which was on the premises was also searched and found to be fitted with false registration plates," said Zwane.