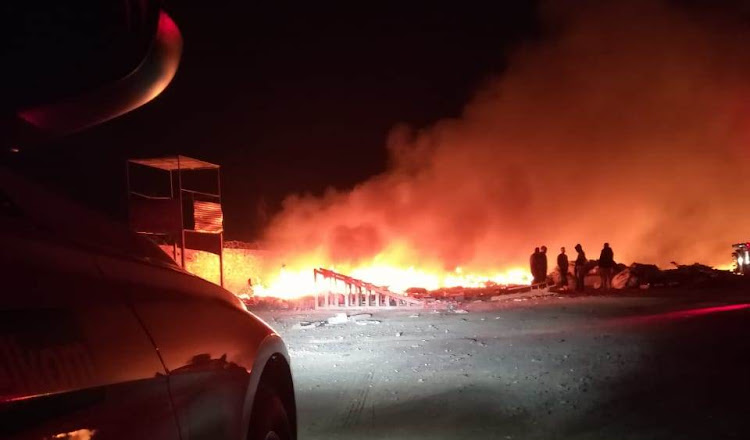 A fire completely destroyed a scrapyard in Roodepoort on Saturday evening.
Image: Supplied/Netcare911

A scrapyard was destroyed in a fire in Roodepoort, west of Johannesburg, on Saturday night.

Netcare 911 responded to reports of a fire at a business on the corners of Randfontein Road and Roode Road in Creswell Park at about 6.30pm.

"When paramedics arrived on scene the fire had already covered most of the property,"  Netcare 911 said in a statement.

"Reports from the scene indicate that a scrapyard with automotive spares and tyres had caught alight."

A fire which broke out shortly before 9pm on Tuesday completely destroyed three taxis and a truck on a property in Newlands West, outside Durban.
News
3 years ago
Next Article