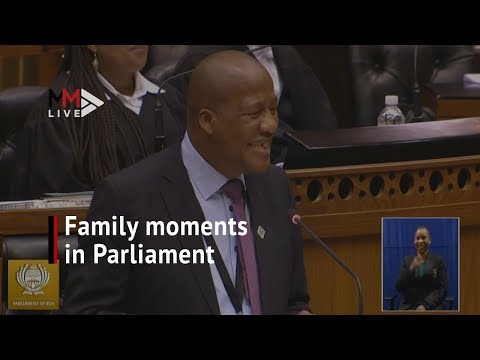 Minister in the presidency Jackson Mthembu left parliament in stitches when he warned his daughter about EFF members.

After revealing that his daughter, Thuli Mthembu, was in the house during the presidency budget vote debate on Wednesday, he told her "if you see anybody wearing a red overall and boots approaching you, run my girl, run and don't look back."

Amid laughter, the EFF's Godrich Gardee stood up and announced that Ndlozi "is not married and is available."

Ndlozi then declared that his heart belonged to "Ginger", referring to social development minister Lindiwe Zulu.

Mthembu wasn't the only one to share a sentimental moment with a family member: Justice minister Ronald Lamola expressed his gratitude to his sister.

"She paid for my fees at university. If it was not for her I might not be standing here, I could be herding cattle somewhere," said Lamola.