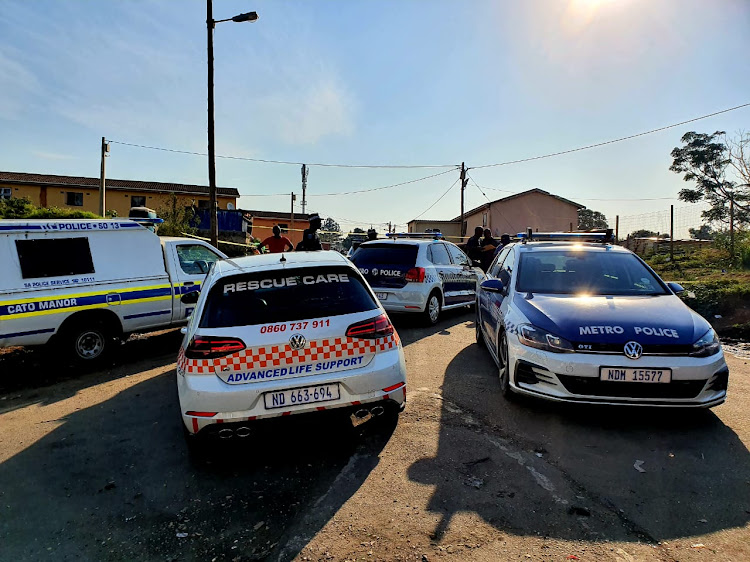 Law enforcement officers are still busy on the scene were a Durban man was shot dead on Thursday.
Image: Supplied

A Durban man was shot dead on a street in Cato Manor on Thursday after apparently helping a woman who was being assaulted.

Paramedics were called out to the shooting, off Mary Thipe Road where a man, 34, had sustained multiple gunshot wounds.

"He was assessed by advanced life support paramedics and was declared dead on the scene," said Rescue Care paramedics spokesperson Garrith Jamieson.

According to police, the man was shot by an unknown man after he tried to help a woman being assaulted.

"He sustained gunshot wounds to the upper body and was declared dead at the scene. A case of murder has been opened at Cato Manor SAPS," said spokesperson Lt-Col Thulani Zwane.

Three shot in Cape Town ahead of army deployment

As South African National Defence Force units prepare to deploy to gang-plagued areas on the Cape Flats, three men have been shot in Belhar, the City ...
News
3 years ago

Police have confirmed a history of domestic violence in the Brakpan family where four people were found dead with gunshot wounds.
News
3 years ago
Next Article