Zuma allies stand by their man at state capture inquiry 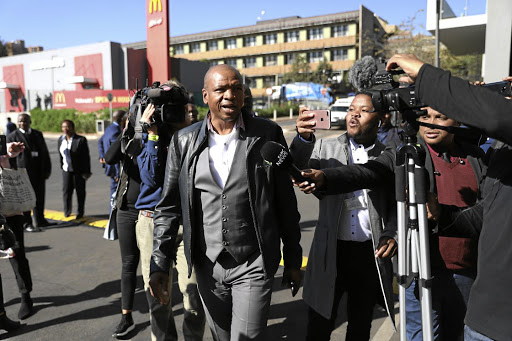 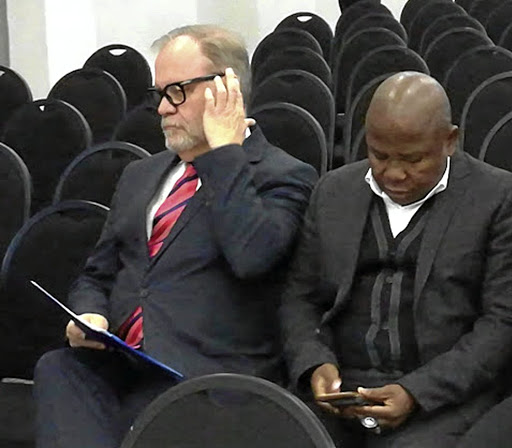 Jacob Zuma controversial supporters, some of whom are out in the cold, came out to back him at the state capture commission in Parktown, Johannesburg, yesterday.

Long before proceedings began, close ally and former cooperative governance and traditional affairs minister Des van Rooyen was the first to arrive. Zuma appointed Van Rooyen as finance minister but his stint lasted just for a weekend and an under pressure Zuma was forced to replace him with Pravin Gordhan in December 2015.

Zuma had removed Nhlanhla Nene, who had told the commission that he was expelled for refusing to sign on a nuclear deal with Russia.

Not long after Van Rooyen came MK Military Veterans Association leader Kebby Maphatsoe, MKMVA spokesperson Carl Niehaus arrived. Other well-known supporters who also made it to the commission included Ekurhuleni mayor Mzwandile Masina, who once reportedly vowed not to serve under President Cyril Ramaphosa should he emerge victorious at the ANC 2017 national conference.

Another Zuma ally, former communications minister Faith Muthambi, was also there. Muthambi's name had been mentioned before at the commission, with GCIS's Phumla Williams testifying that she was abusive towards her while she worked at GCIS.

Williams and former GCIS head Themba Maseko gave evidence on the attempts made by the Gupta family and others to redirect the department's budget towards Gupta-owned entities.

Former North West premier Supra Mahumapelo and Black First Land First leader Andile Mngxitama also showed up. Mahumapelo was the one who introduced Zuma when he addressed his supporters after his testimony.

After a long wait by journalists in the room, Zuma emerged and responded to some of the journalists who greeted him in isiZulu. In the public sitting area, people stood up and clapped hands with some shouting kade sikulindile Nxamalala (We've been waiting for you for so long).

As he was led to the witness area, some people began shouting "Zuma, Zuma, Zuma", until chairperson Justice Raymond Zondo called everyone to order. Zuma maintained a calm demeanour during the proceedings even when his lawyers had serious arguments with the commission's legal team.

In his evidence, he constantly repeated the words "I have been provoked to the last degree". These words would always get exclamations and reaction in the public area. He openly stated that he had a relationship with the Guptas but that there was nothing wrong with it. He alleged that his predecessor, Thabo Mbeki, had an even stronger relationship with the influential family.

Zuma also confirmed to the commission that it was his idea to established the Gupta-owned New Age and ANN7.

But after lunch, he struggled to answer questions about a conversation he had with Maseko, who had testified that he received a call from the then president in which he asked him to help the Guptas in their media businesses.

"I don't remember making this call. It might have happened but I can't recall," Zuma said.

Maphatsoe said there had not been any evidence at the commission which has directly incriminated Zuma.

Former president Jacob Zuma was the one who proposed the formation of the Gupta-owned The New Age and ANN7 to the influential family.
News
3 years ago

The ANC has expressed its support for former president Jacob Zuma who is appearing before the state capture commission of inquiry in Parktown on ...
News
3 years ago

Maphatsoe said there had not been any evidence at the commission which has directly incriminated Zuma.
News
3 years ago
Next Article