Thandi Modise cracks the whip in parliament over 'hands-off' ministers 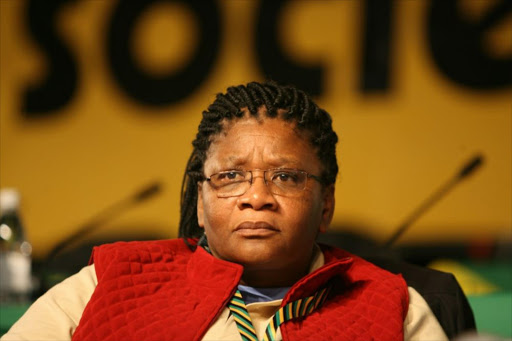 National Assembly speaker Thandi Modise has warned ministers and MPs that they'll be held to account when it comes to spending public funds.
Image: Gallo Images

National Assembly speaker Thandi Modise has spoken out against the "temptation" for ministers to be "hands-off and ear-off" in the management of public funds, saying this would receive particular attention in the new parliament.

Tabling the sixth parliament's R3bn budget for the 2019-2020 financial year in the chamber on Tuesday, Modise told MPs and ministers attending the session that experience had shown that political office bearers tended to plead innocence over poor spending of public money.

"Therefore, the temptation for the ministers to be hands-off and ear-off from the financial execution of the business can be detrimental if things are done wrong.

Modise also told ministers that the new parliament was expecting them to strictly appear before oversight committees of the institution, saying over the years this had been needlessly left to department officials.

In an unprecedented step, one of parliament's most powerful presiding officers has been nominated to serve on the Judicial Service Commission (JSC), ...
News
2 years ago

Modise warned ministers that parliament would be sending regular reports to President Cyril Ramaphosa on how his ministers were attending debates and question/answer sessions, which was poor under former President Jacob Zuma.

"We have noticed over the years that attendance at committee level is left to officials. Nothing wrong when they are properly delegated, but please remember we hold the executive to account.

"The leader of government business will be kept busy liaising between parliament and the cabinet. The president will get reports on attendance, especially on debates and question sessions."

Modise also said the sixth parliament would be reviewing the code of ethical conduct and disclosure of members' interests "in order to strengthen the ethical standards to which MPs must adhere and also address the drafting irregularities in the code".

Modise said the review of the code, a guide to taking action against MPs behaving badly and flouting ethics, would also address the amount of time the ethics committee should take to resolve complaints or investigations.

"The turnaround time of complaint handling and investigations in respect of allegations of breaches of the code of ethics must receive attention.

"The staff complement in the office of the registrar of members' interests has been identified for priority. It is anticipated that a dedicated staff will be appointed to conduct investigations and complaints handling.

The DA will oppose the election of ANC nominees and will field its own candidates to chair parliament's portfolio committees.
News
2 years ago

"We appeal to the committee to consider the matters that were not finalised in the fifth parliament with a view to make a determination on their processing. What should concern the committee is to maintain and preserve the integrity of parliament. This we hope will be done as quickly as possible so that any member whose matters have not been concluded can find relief."

Turning to the protracted disciplinary hearing against Gengezi Mgidlana, the secretary to parliament who has been on special leave since June 2017, Modise said she was confident the matter would reach a conclusion soon.

"The disciplinary hearing of the secretary to parliament is ongoing, the dates for the hearing are scheduled for the end of July to finish the evidence and early August for closing submissions. We, honourable members, are with you on this one, we're tired, it has dragged on but we can't interfere for fear of messing up the DC and creating a situation which might find us on the left foot."

Eastern Cape premier Oscar Mabuyane will deliver his first state of the province address without the usual pomp and ceremony.
News
2 years ago

DA chief whip John Steenhuisen, also came out in favour of a strengthened ethics committee in the new parliament, saying the previous one co-chaired by ANC MP Amos Masondo and Omie Singh was a flop.

"The ethics committee of the fifth parliament was a complete and utter failure. It was feebly chaired by co-chairs who couldn't run a bath, let alone a committee, and as a result members who have severely compromised the integrity of this institution were allowed to get away with the worst type of behaviour imaginable," said Steenhuisen.

"I sincerely hope, speaker, that this committee and its activities will be receiving much more attention from the presiding officers, and you particularly, as you are tasked by our rules with upholding the values, ethos and image of this."