Former president Jacob Zuma made a startling opening to the second day of the state capture inquiry in Johannesburg on July 16 2019. Zuma told the commission that his life as well as his children’s lives had been threatened by an unknown caller who phoned his PA on July 15 2019 after his first day of testimony. 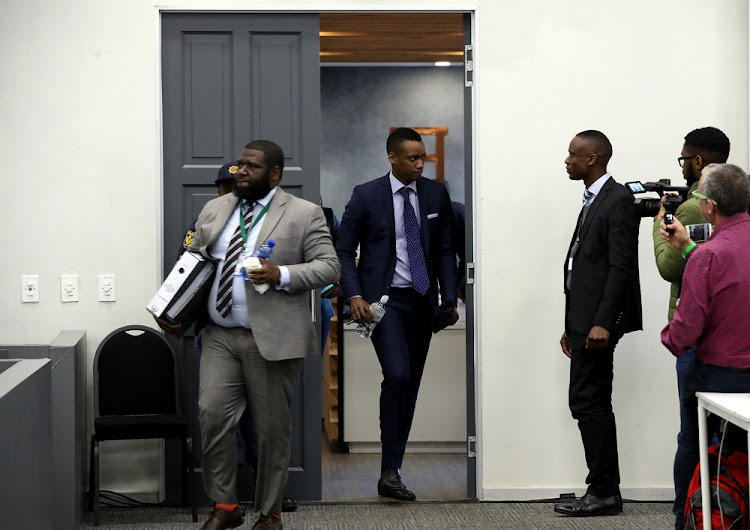 Duduzane Zuma arrives at the State capture commission of inquiry for the second day of his father, Jacob Zuma's testimony.
Image: Sandile Ndlovu

Former president Jacob Zuma has told the Zondo commission of inquiry that he received death threats on Monday evening after he gave testimony into state capture.

Zuma told the commission on Tuesday morning that his personal assistant received a call informing her that he would be murdered.

“My PA was called by a person she does not know. This person said you must tell Zuma that we are going to kill him and we will also kill his children as well as some people around him. She [the personal assistant] informed me this morning," he said.

“Also my senior council advocate Muzi Sikhakhane; this follows threats that have been made to him as well about a week or so ago. I am putting this on record because later, I’d like to come back to this because I have lost a child and I now know how it feels.”

On Monday, Zuma told the commission that there had been many attempts on his life which had failed. The most recent one was to be at a music concert in Durban, he said.

Former president Jacob Zuma appeared at the Zondo commission of inquiry into state capture in Johannesburg on July 15 2019. While supporters, and detractors, gathered outside the venue, Zuma touched on several interesting topics.

“The critical point is that the plan made years ago has been working and our enemy has recruited more than it was during the Struggle…It is some of them who influence that there should be this commission, to bury Zuma.”

“I want peace, I want harmony. That is why even those who have done things to me I don’t feel bitter about them."

ANC secretary-general Ace Magashule "partly knows" what former president Jacob Zuma is talking about when he accused the state capture commission of ...
News
2 years ago
Next Article