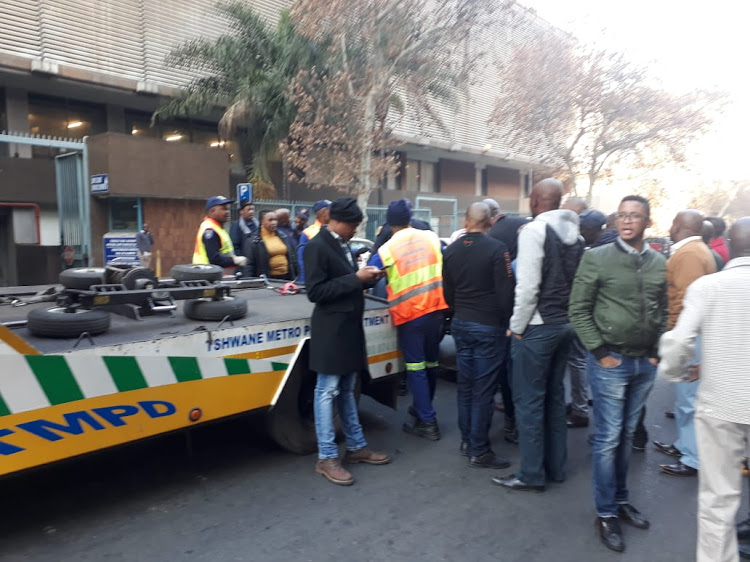 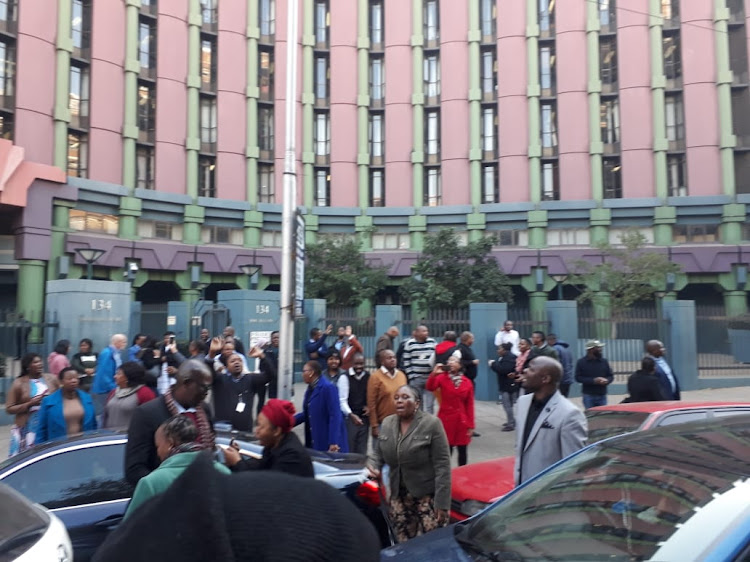 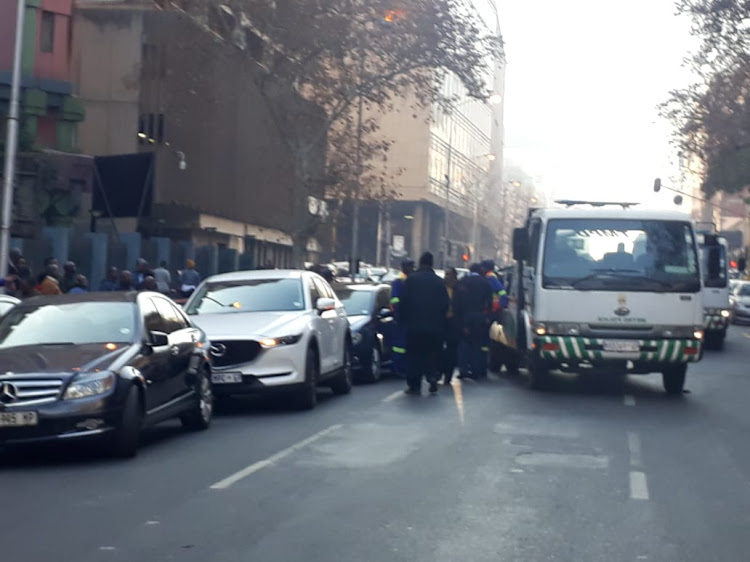 Workers at the national department of social development offices caused chaos at the Pretoria CBD on Wednesday over a parking dispute.

On Tuesday the workers were denied access to the parking building, with the landlord complaining about non-payment for three months.Today the workers parked their cars in front of the building from 7am, blocking Bosman and Pretorius streets, causing traffic jam in the city centre.

National Education, Health and Allied Workers' Union (Nehawu) spokesperson Maston Phiri said the workers decided to park their cars at in front of the building after failed talks between the employer and the parking landlord to resolve the three-month parking debt matter.

Phiri said the workers parking access cards were blocked on Tuesday when they arrived at the building, and that they were forced to pay R50 to R100 a person for the day.

Pretorious Street closed to traffic due to National Department of Social Development. Corner Bosman and Pretorious in Pretoria. Next to Pretoria Central police station. #PowerTalk pic.twitter.com/NPSsQRqFmR

“We got the report from our members yesterday and wrote a letter to the employer immediately but they decided to ignore our demands,” said Phiri.

“The workers parking fee is deducted monthly from their salaries but however the department had not paid the landlord for over three months,” said Phiri.

Phiri said they support the protest decision taken by their members, so that their voices could be heard because the employer had been reluctant to resolve the parking issue.According to Phiri, Tshwane metro police arrived at the scene to impound the workers' cars after complaints by other motorists but the protesting workers did not budge.

“Management was forced to come out after nearly four hours,” he said.