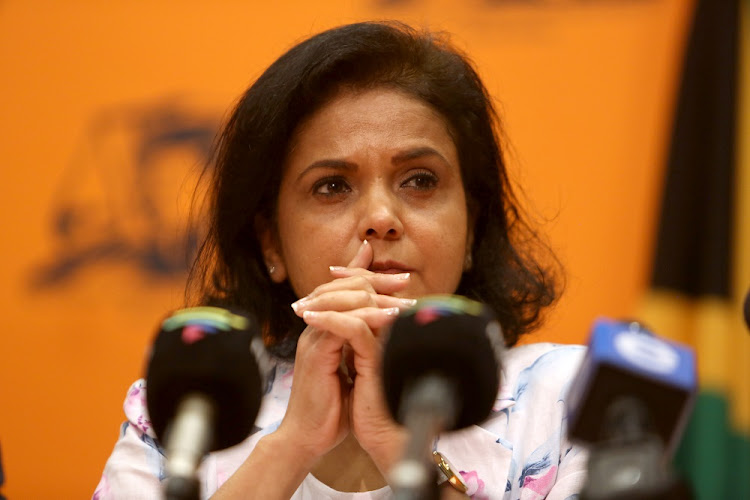 SA's prosecuting bosses want the government to allow the National Prosecuting Authority (NPA) to accept donations from private citizens and organisations who want to see crime and corruption efficiently prosecuted.

National director of public prosecutions Shamila Batohi revealed that the authority had been inundated by offers from entities‚ businesses and private citizens to provide financial support to the NPA‚ especially the newly established investigating directorate‚ led by Hermione Cronje.

The NPA appeared before the National Assembly's portfolio committee on justice on Tuesday to present its strategic plans. It bemoaned budgetary constraints and the impact this had on its work‚ workload and human resources.

“We have to find a way in which we could access support quickly within the prescripts – with the Public Finance Management Act‚ the regulatory framework and whatever Treasury guidelines there are‚ but at the moment we are finding it challenging to quickly access external support that has come from various different entities‚” she said.

“For example‚ business wants to support‚ there are individuals‚ there are other entities that want to assist the directorate. We really have to look at how we can find a quick mechanism to be able to deal with this‚” she added.

The National Prosecuting Authority (NPA) does not have enough money to pay all of its salaries this financial year and will have to slash staff by ...
News
3 years ago

The investigating directorate was announced by President Cyril Ramaphosa in his state of the nation address in February‚ saying it would deal with serious‚ complex and high-level corruption‚ including allegations emerging from the Zondo‚ Nugent and Mpati commissions of inquiry. Batohi told MPs that the first batch of cases the directorate would look into would be announced by the end of the month.

Cronje backed Batohi on private donations‚ confirming that there had been offers of assistance. “We are in a fiscally constrained environment‚ so if people are offering money‚ it's important to look at those offers‚” she said.

Cronje said concerns around conflicts of interest and agendas could be dealt with.

Transparency would be key in the process‚ with treasury and the justice department handling the matter instead of prosecutors. “We do urgently need to free up the constraints at the moment. Of course‚ there are many challenges in the issues‚ but let's not shy away from the challenges‚ let's address them‚” she said.

In the fifth parliament‚ MPs viciously criticised former public protector Thuli Madonsela for accepting donations from the US Agency for International Development‚ saying this had the potential to compromise the independence of her office.

The state is prioritising the prosecution of apartheid crimes, where alleged perpetrators were denied amnesty by the Truth and Reconciliation ...
News
3 years ago

Meanwhile‚ Batohi and Cronje also emphasised the importance of mutual legal assistance and engaging international partners. Cronje claimed that in the past few years‚ SA's posture had been “very much with its back turned” on the international community. “It has not welcomed support and has not sought out co-operation. I know‚ because I was out there trying to offer it‚ but it was not positively welcomed.”

Batohi said mutual legal assistance would have to work if they were to properly address corruption. “It's been publicly reported that about one-third of the GDP of the country has been stolen by corruption. That's an insane amount of money and the large proportion of that is probably out of the country.”

She said bringing back the money and being able to extradite people would be a big part of the strategy to deal with corruption.

Vusi Madonsela‚ director general for the justice and constitutional development department‚ said the executive would have to first discuss matters pertaining to the ability of the NPA to receive public donations from private citizens and from the private sector before parliament got involved in such a conservation.

“But we are already pondering a number of issues‚ including mechanisms that would be required to insulate the NPA from any possibility that some of the people that may make donations might well be the people who are supposed to be investigated‚ and the motive for making such public donations may well be suspect‚” he added.

He said those were matters that would have to be taken into account. Before such a policy initiative was taken forward‚ the matter would be brought to parliament to solicit further guidance.