Red Ants get permit back, with conditions 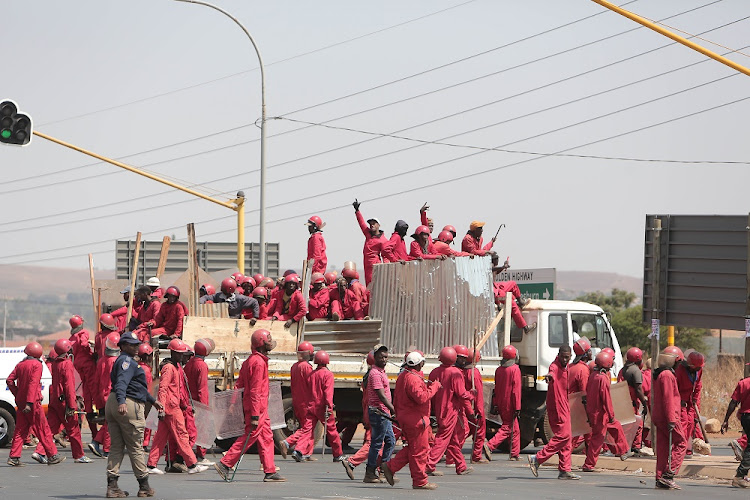 The notorious eviction services company Red Ants has been given permission to operate by the Private Security Industry Regulatory Authority (Psira) under strict conditions.

Last week, Psira announced that the Red Ants licence was suspended following complaints about the companies conduct.In a statement released by Psira over the weekend, Red Ants lodged an appeal following their suspension.

The appeal will be adjudicated by the Psira appeals committee appointed by Police Minister Bheki Cele. Psira said it received an application by the Red Ant in terms of Section 26(3) of the PSIR Act 56 of 2001, to operate whilst suspended pending the finalisation of the appeal lodged.

“The authority has granted the Red Ant Security, Relocation and Eviction Services (Pty) Ltd a conditional permission to trade whilst suspended,” Psira said.The conditional permission means, unless exceptional circumstances exist Red Ants may render any other service except demolitions and eviction services pending the finalisation of the appeal process.

The notorious Red Ant Security Relocation and Eviction Services have had their license suspended by the regulatory authority in the private security ...
News
3 years ago

When the Red Ants licence was suspended, various organisations were elated, including EFF in Gauteng, which described Red Ants eviction methods as “brutal and evil”. Human rights organisation Right2Know also welcomed the suspension and demanded that the company's employees who were involved in violent acts be criminally charged.

“We call for Psira to officially de-register the Red Ants as a security firm given their repeated violence and criminality including reported rape allegations… We call on the Minister of Police and the Minister of Human Settlements to ensure that the Red Ants will no longer be employed by the state,” Right2Know said.

In April this year, two people were killed when Red Ants clashed with residents during the eviction of people who had erected shacks at Damfontein Farm in Rus-ter-Vaal, in the Vaal. The next month, the Red Ants were part of the eviction of 80 families who lived in shacks built along the Jukskei River in Alexandra, Johannesburg. At the time, the Red Ants claimed they had acted on the a court order awarded the city in 2016.

Johannesburg mayor Herman Mashaba has since ordered an investigation into the evictions.