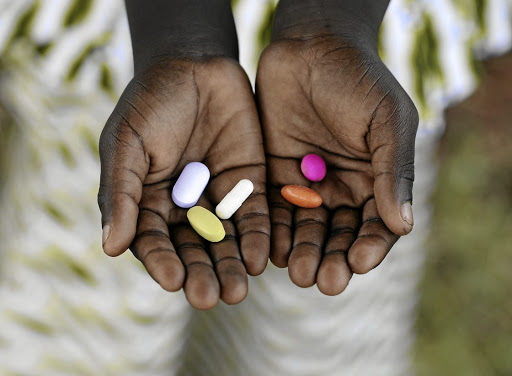 When a fellow roommate in Mayfair, Johannesburg, stole one of his bags last month, Eric Tshabalala's life turned for the worst.

The bag contained his ARV treatment for the month. Tshabalala, 50, went to a local police station to make an affidavit about the incident.

On June 4, he then went to the Mayfair clinic where he collects his medication with the affidavit to explain to the nurses what had happened.

"When I told the nurse that my medication was stolen, she did not believe me. She said I had sold it. I explained to her that I had been at that clinic since 2011 and had no reason to sell my medication."

Instead of giving him medication, the nurse simply wrote a transfer letter, allowing Tshabalala to go to another clinic for treatment, he said.

In the letter, seen by Sowetan, the nurse wrote Tshabalala's CD4 count and said he had enough medication to last him until July 29.

"I tried to explain to her that I never asked to be transferred, I just wanted medication but she did not want to hear anything from me," Tshabalala said.

The nurse, whose name is not known, gave Tshabalala vitamin supplements.

Seeing that the nurse was not buying his story, Tshabalala went to Hillbrow clinic to see if they could help him.

He was told that the clinic could not give him the medication because he still had it, according to the transfer document. Tshabalala said he then went to another clinic in Langlaagte where nurses called the Mayfair clinic to enquire but still declined to give him ARVs.

Seeing that his condition was worsening, Tshabalala contacted Sowetan for help. He had been surviving on the vitamins he was given and immune boosters. He looked weak and complained that his feet were aching and that his private parts were swollen as he last had his proper treatment on June 4.

Sowetan sent questions to the Gauteng department of health on Friday and officials contacted Tshabalala immediately. They then drove to fetch him where he was working on the day.

"They came where I was doing my piece job in Victory Park, Randburg. They took me to the Hillbrow clinic and I got medication for seven days.

"But I was surprised at how the nurse even disrespected an official from the department. I am grateful to Sowetan for its help," Tshabalala said.

"No clinic has a right to prevent a patient from getting any medication.. quality assurance management and other relevant managers have started with investigation as of Friday. Should the findings prove any injustice, corrective measures will be instituted," Morewane said.