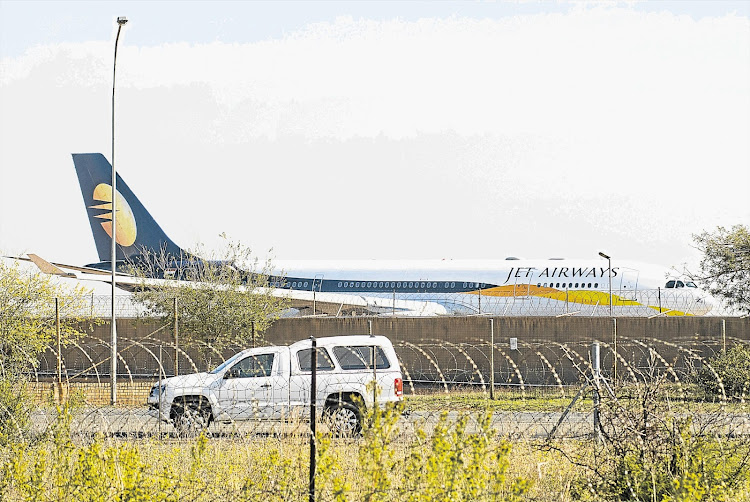 The aircraft that carried the Guptas’ wedding guests at Waterkloof Air Force base.
Image: WALDO SWIEGERS

Head of state protocol Jerry Matjila described to the state capture inquiry on Monday how government reacted after the Gupta family landed a privately chartered jet at Waterkloof Air Force Base in Tshwane in April 2013.

Matjila, who was the director-general of the department of international relations and cooperation (Dirco) at the time, said he only became aware of the landing after it happened.

The Gupta family flew in about 80 guests to a lavish family wedding at Sun City, an incident which, possibly for the first time, showed the family's influence over the state.

Matjila said a day after the flight landed, a National Intelligence Coordinating Council (Nicoc) meeting was urgently convened. Matjila's predecessor, Bruce Koloane, who was head of state protocol at the time, was present.

The state did not follow normal processes when it allowed the Gupta family to land a privately chartered airline at the restricted Waterkloof Air ...
News
2 years ago

Koloane has been identified, in previous testimonies before the commission, as one of the people who irregularly allowed the landing to take place.

Matjila said the meeting, to determine exactly how the flight was allowed to land, lasted for about six hours. After the meeting, he met with then Dirco minister Maite Nkoana-Mashabane.

"The ministers of the Joint Security Cluster were then called to a meeting where the Nicoc principals presented a report to the ministers for their processing and advice. The ministers decided to establish a director-general’s investigation team to investigate the landing," Matjila said.

He said he also called then Indian high commissioner to South Africa Virendra Gupta (no relation to the Gupta family), asking if he had helped the family facilitate the flight and if Indian ministers were on it. Matjila said although there were no national ministers from India on the flight, state ministers (an equivalent to a South African MEC) were present.

Matjila said they later established that some of those officials, who attended the wedding, also met with their South African counterparts in various provinces, especially the Free State. They were then flown to Cape Town on a private jet and later flew back to India from there on an Emirates flight.

Dirco took disciplinary action against Koloane, who pleaded guilty to three charges. Former president Jacob Zuma then named him as an ambassador to the Netherlands, a position he still holds.