Limpopo man jailed for murdering girlfriend and her mother 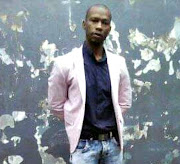 Image: Supplied/SAPS The Polokwane high court sentenced Clement Mashego to 28 years behind bars for murdering his girlfriend, Kotelo Tshepi, and her mother, Makitla Chileki, in Limpopo on August 27 2017.

A Limpopo man will spend 28 years behind bars for murdering his girlfriend and her mother in 2017.

“Mashego shot and killed the two women and fled the scene. The accused was tracked down and arrested following this brutal murder. During the arrest, police recovered the murder weapon and preliminary investigations revealed that prior to the murder Mashego took his friend’s firearm from the safe after stealing the key,” Manamela said.

Tshepi was a traffic officer at the Elias Motsoaledi Municipality in Groblersdal.

The court found Mashego guilty of: