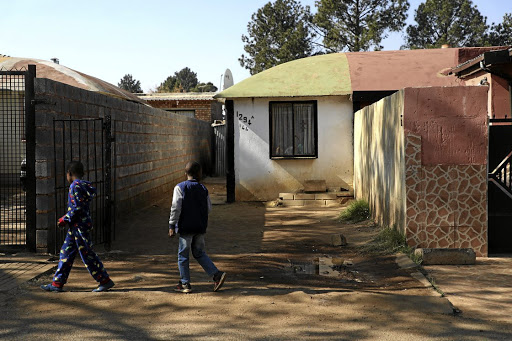 An eyewitness saw how a crime intelligence police was gunned down while sitting in his state vehicle just as he arrived at a house in White City, Soweto.

The witness, who declined to give her name, said the officer parked at the gate of the house he had come to visit on Wednesday afternoon.

"That is when I heard gunshots. I immediately ran for my life and jumped into a neighbour's yard. When I came back, we found the driver had been shot. He was still inside the car," the witness said.

Police said the victim, Constable Ntobeko Nhlanhla Langa, was followed by three men in a white sedan before being gunned down in cold blood.

When Langa stopped his car, one of the men opened fire at him from the vehicle, killing him instantly, police said.

Nothing, including Langa's service pistol, was taken from him. Langa had been attached to Crime Intelligence Unit in Soweto East since 2011 and he was due to testify in an armed robbery case in the Randfontein magistrate's court on the West Rand yesterday.

"My sincere condolences to the family and colleagues of the deceased member. I have directed that the province mobilise all resources to ensure that they track down these callous criminals and bring them to book," said national police commissioner Gen Khehla Sitole.

A police officer was wounded and three suspects were shot dead during a foiled cash-in-transit heist in Bushbuckridge‚ Mpumalanga‚ on Monday.
News
2 years ago

Meanwhile, a cop was shot and wounded while conducting crime prevention duties in Atteridgeville, west of Pretoria, on Wednesday.

Constable Tumelo Mohlala was part of a team that was searching for suspects that had allegedly been committing robberies in the area. Police said during a routine stop-and-search, officers pulled off a vehicle but as they ordered the suspect to come out of the vehicle, he began shooting towards the members, wounding Mohlala.

Last month, six police officers from the Anti-Gang Unit were wounded in Nyanga, Western Cape. The police officers had just arrested a man sought for a serious crime and he was leading them to his accomplice at the Samora Machel informal settlement.

While on their way, shots were fired from one of the shacks, injuring the officers.

Police minister Bheki Cele has constantly described the killing of officers as an "attack on the state".

Death toll rises to 43 at Glencore mine in Congo after collapse; more expected
News
2 years ago

Police minister Bheki Cele visited the home of a policeman who was gunned down while on duty in Cape Town‚ saying that the community cannot go on ...
News
2 years ago
Next Article