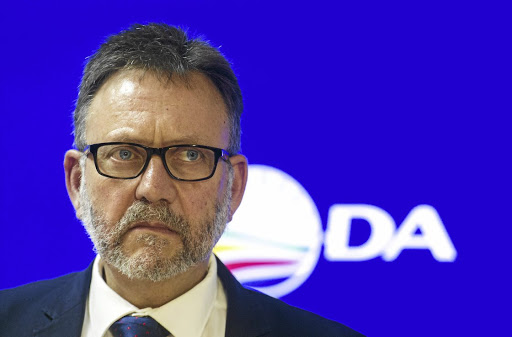 The DA is bracing itself for a possibility of losing two Gauteng metros following a fallout with the EFF.

This was confirmed by the DA's federal executive chairperson, James Selfe, in an interview with Sowetan, yesterday.

Selfe, revealed that their rejection of EFF's demands, which included putting up its own mayor in the capital Tshwane, has made the possibility of losing power in both Tshwane and Johannesburg real.

"Yes, we have made peace with that [losing power]... one of the scenarios that is possible is that we lose power in those municipalities and we go back to being opposition," Selfe said.

A meeting between the two parties, held two weeks after the national elections, saw the EFF leave with its tails between their legs after none of their demands were met.

This week, the EFF announced that it would no longer be voting with the DA in the Johannesburg and Tshwane metros, where it ironically played a key role in putting and keeping the DA in power.

According to Selfe, the EFF made three demands which included becoming full coalition partners and the DA giving up power in Tshwane, so that the EFF could display its ability to govern.

The political marriage between the DA and the EFF has ended in a bitter divorce. EFF leader Julius Malema has announced that the party will cease to ...
News
3 years ago

"They [EFF] wanted now to be able to take responsibility and also take credit for the government's successes. So, they wanted to be in a full coalition with the DA and they wanted the mayoralty of Tshwane," said Selfe.

None of the political parties have outright majority in the two most sought-after metro municipalities in the country - the economic hub and the seat of national government.

Selfe conceded that accepting the demands was always out of the question.

"So, in the end we might lose votes - this way or that way - depending on what decision we took, but we took decisions based on our principles and policies and we honestly believe that a full-blown coalition with the EFF will not actually be appropriate."

However, the EFF dug in its heels yesterday, and reiterated what was said by party leader Julius Malema this week.

... we honestly believe that a full-blown coalition with the EFF will not actually be appropriate

Political analyst Somadoda Fikeni said: "Well, in the first place it was quite clear that this relationship was never going to last, because the parties ideologically, policy-wise, they were so far apart."

Fikeni said the two parties were very far apart and it would have been very challenging for them to agree on issues.

Selfe said that the DA was not oblivious to the fact that they might have to extend an olive branch to their political enemy, the ANC, if they want to hold on to power and pass the next budgets in the next year.

EFF leader Julius Malema said on Thursday that his party was in negotiations with the DA to formally partner in governing Tshwane and Johannesburg.
News
3 years ago