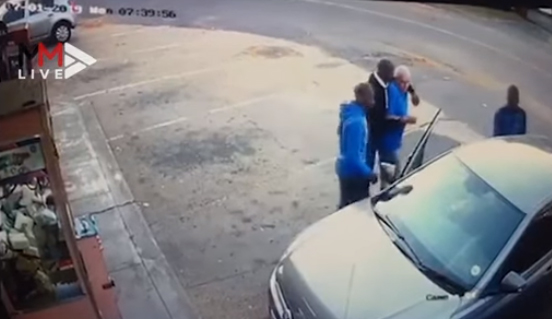 Malcolm Fraser looked relaxed while smoking a cigarette on Monday morning until four men ran up‚ assaulted him and stole his car.

Video footage shows Fraser‚ 62‚ standing next to his car in the Bluff‚ Durban‚ before the men approach him. Two of the suspects climb into Fraser's car while the other two try to force him into the vehicle through the rear door.

Fraser holds on to the door in a frantic attempt to avoid being taken by the suspects. Needing to make a quick escape‚ the men leave Fraser and drive off in his car.

Police say they are investigating but no arrests have yet been made.

The car was later recovered in Isipingo.