EFF leader Julius Malema’s application to challenge the constitutionality of the Riotous Assemblies has been dismissed.

Malema was charged with violating the Act on at least two occasions - in Newcastle in KwaZulu Natal and in Bloemfontein - when he urged supporters to invade vacant land.

He said the Riotous Assemblies Act was passed under the apartheid regime to oppress black people and it should never be tolerated under a new democratic dispensation.

The Gauteng High Court found that Malema’s utterances were partly unconstitutional as they incited criminality. 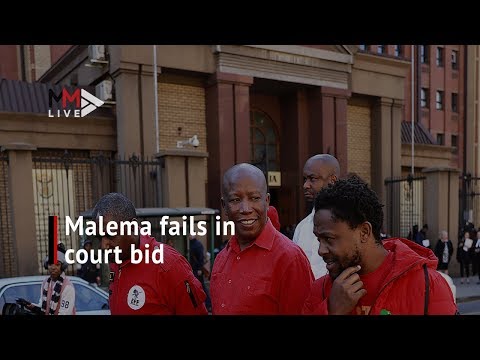