Family in mourning after teacher murdered over courtesy car 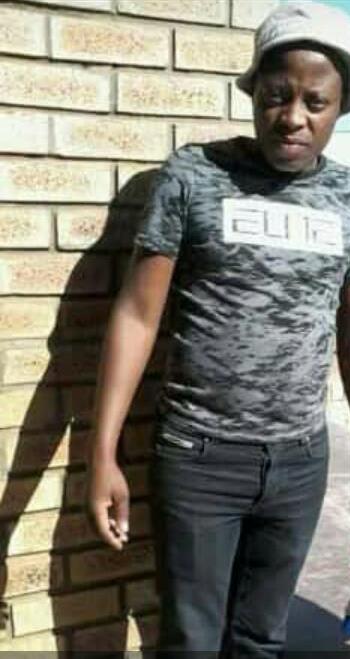 Mkhumbuzeni Isaac Mbongwa 43, was killed by two young men aged 19 and 22 on Friday - who have since been arrested.
Image: Supplied

Mkhumbuzeni Isaac Mbongwa was stabbed multiple times and left to die at his Ekuvukeni home in Ladysmith, KwaZulu-Natal, on Friday - and his devastated family is struggling to come to terms with what happened.

Two men, aged 19 and 22, are in police custody for the murder of the "humble" school teacher, having taken officers to the murder scene in the aftermath of the incident.

Mbongwa's family said they were heartbroken. Just hours before his murder, Mbongwa visited his family home, and sat with his mother for several hours. Neither knew this was the last conversation they would ever have.

His sister, Jabulile Mbongwa-Molefe, could hardly speak when asked how the family was coping. She was one of the first people to arrive at the gruesome crime scene.

"I have never seen something like that; I almost thought it was not my brother. He was lying helplessly on the floor. He was stabbed several times and surrounded by so much blood," she told TimesLIVE.

Mbongwa-Molefe said she was summoned to her brother's home moments after one of the two suspects allegedly confessed to the murder. They allegedly admitted to killing Mbongwa because they wanted his car.

The forensic pathologist who was called to testify in a murder trial of a North West teacher said it was difficult to determine whether or not the ...
News
3 years ago

The duo - whose names have not been released - allegedly took off with the vehicle, which police later recovered outside the area. The pair was arrested on Saturday.

"What is most hurtful is that it was not even his car. He was involved in an accident last month. His car went for repairs and so this was a courtesy car," Mbongwa-Molefe said.

Mbongwa's elderly parents are in pain following the ordeal.

"Mom has been crying since Friday, our father is also not taking it very well. It's really bad," said Mbongwa-Molefe.

The police's Zwane said the two suspects had made their first court appearance on Monday and their case was postponed to July 9, when they are expected to file for a formal bail application.

Mbongwa-Molefe called for justice to prevail following the gruesome death.

"I can't predict or say how many years they must be jailed for, but the law must take its course. My brother didn’t deserve to die in the manner he did," she said.

Mbongwa's colleague at Emabhekazi Combined School expressed shock at the incident, and said he failed to understand why "kids" would want to kill the peaceful man.

"He was a very good man, did not bother anyone but focused on his job. He was passionate about teaching. I don't recall a single time where he had an altercation with anyone in the school," he told TimesLIVE.

The teacher, who asked to remain anonymous because he had not yet paid his respects to Mbongwa's family, said he was shattered.

Mbongwa's family described the man as a humble, loving "people's person" who got along with everyone in the community.

He will be laid to rest on Saturday, June 6.