Rats eat the lunch, snakes eat the rats - and everyone else is fed up at Pinetown courts 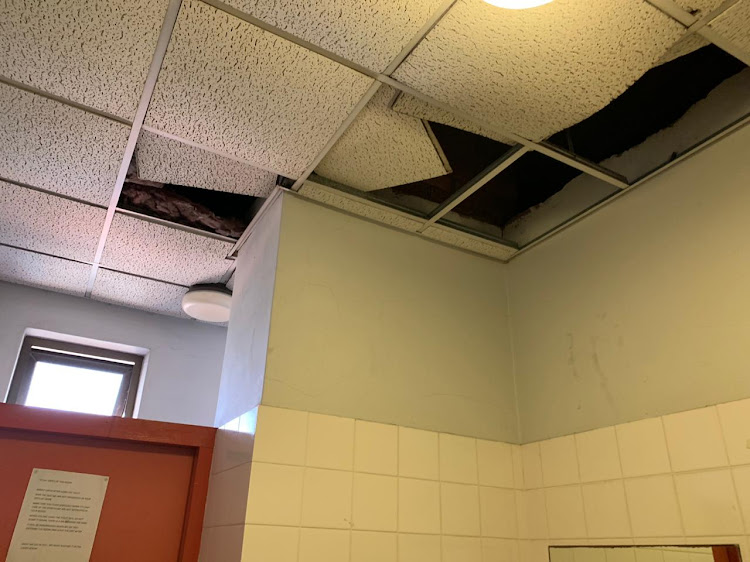 Staff at the Pinetown courthouse, from cleaners to magistrates, say they're going on strike on Tuesday because of the 'putrid' conditions there, which include a rat and snake infestation.
Image: Jackie Clausen

Staff at Pinetown Magistrate’s Court say they will demonstrate on Tuesday over the "disgusting" conditions there, including a rat infestation which has attracted snakes to the building.

"I saw a snake chasing a rat," one staff member, who is not allowed to speak to the press, told SowetanLIVE's sister publictaion TimesLIVE.

On top of that toilets don’t work and the stench of sewerage is ever present, sources said.

"The entire court building is in a dire state of disrepair. Our 60 members at the court, including magistrates, prosecutors, interpreters and cleaners, will take part in the demonstration. If their demands are not met, then they will decide on what steps to take next," he said.

Restaurant owners are buying rat poison as rubbish piles up in the streets of Braamfontein, following a two-week long Pikitup strike. Three food ...
News
6 years ago

He confirmed that there was a major rat infestation.

"We have had reports that documents and people's lunches were being gnawed at.

"I know of one instance where a dead rat was discovered in a prosecutor's office."

Attorney Jacques Botha, who frequents the building, said: "It is appalling and abysmal".

"It is generally filthy. Fungal spores are spewing out of air conditioners. The toilets are disgusting. There are missing toilet seats and cistern lids. Vandalised hand driers. Soap dispensers are missing.

"Carpets are rotting from water damage. There is a pervading stench which one magistrate told me is a design flaw because they didn’t properly ventilate the sewage system so the smell permeates some of the courts."

Wildlife predators that prey on rats in Cape Town may not live long enough to tell the tale.
News
2 years ago

Botha said while he had not personally seen rats or snakes "there have been many sightings" and two magistrates had told him they had seen a snake.

Naicker said that meetings had been held on Friday and Monday where "staff were told that there was no budget to rectify things".

The justice department's KZN regional head Pat Moodley said the matter was brought to her attention last week by the PSA.

"The court was registered for a repair and renovation project with the Department of Public Works but was unfortunately not funded.

"From the region, we are attending to the cleaning and pest control.

"We have also identified old furniture for immediate disposal and repairs to the flood damaged ceilings that we are going to undertake."

She said she was still waiting for a more complete report from the director of court operations.

A broken air conditioner and unbearable heat at the Tonga magistrate's courtroom forced proceedings to be moved into the building's kitchen.
News
3 years ago

Surviving dog, rat and snake bites - beeline to a doctor is vital

FOR AS long as people and the animal kingdom have co-existed, bites have been inevitable. The most important thing is knowing how to survive a ...
Good Life
6 years ago
Next Article