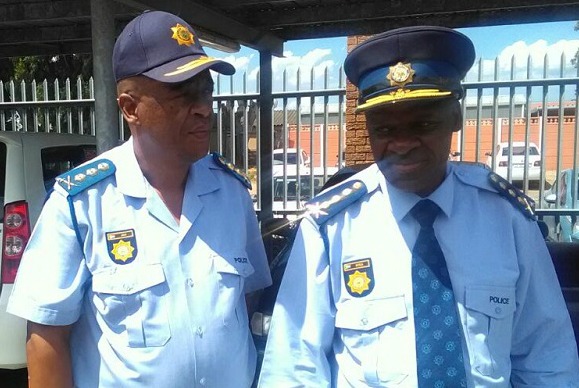 National police commissioner Gen Khehla Sitole has confirmed that he wants to move the Western Cape commissioner to KwaZulu-Natal.

Two days after the Sunday Times reported Lt-Gen Khombinkosi Jula’s proposed move, Gen Khehla Sitole confirmed he had approached the provincial commissioner about moving back to his home province.

But Sitole denied Jula was being "removed", saying this was an insinuation that was "false, malicious [and] misleading with the potential of creating uncertainty about policing in the Western Cape".

He said Jula was on leave, adding: "I have consulted with [him] about the prospect of him taking up the position of the provincial commissioner of KwaZulu-Natal.

"I have approached General Jula about this deployment because firstly, the post of provincial commissioner remains vacant and secondly, General Jula emerges from the province of KwaZulu-Natal making him experienced to police KZN."

The consultation process had not concluded, he said, which meant Jula was still the Western Cape commissioner.

Reward offered for triple murderer who 'walked out' of Cape court

Convicted triple murderer Phelo Mtala didn't have to break out of his maximum security prison cell to escape custody. He simply put his finger prints ...
News
2 years ago

The Sunday Times reported that Jula was being transferred after a year of bitter squabbles over resources and a cut-throat battle for his job.

It said Western Cape premier Alan Winde was concerned that controversial provincial detective chief Maj-Gen Jeremy Vearey was being considered to replace Jula, and that the other candidate was Maj-Gen Peter Jacobs, recently appointed to head crime intelligence.

The Sunday Times said Winde was writing to Sitole over concerns Vearey may replace Jula. "If it is the case that SAPS is going to employ a new police commissioner, then they are obliged to consult with the Western Cape government," he said.

"Should this happen, we would want an individual of the highest integrity, who has no factional relationships, who does not have any political affiliations or allegations of ties to the gang underworld."

A policeman and a reservist stationed at the Kensington police station are expected to appear in the Cape Town Magistrate’s Court on Thursday to face ...
News
2 years ago

According to figures from Professor Lorna Martin, head of forensic pathology in the Western Cape, by the end of April the city’s mortuaries in Tygerberg and Salt River had handled 1,280 murder victims. More than half had been shot, she said.

If the body count is maintained, it will make Cape Town — SA’s flag-bearer in attracting international tourists — the world’s most dangerous city ranked by the number of murders, with 3,900.

According to the Citizen Council for Public Safety and Criminal Justice, which compiles global lists from official statistics, the Venezuelan capital, Caracas, was the 2017 murder capital with 3,387 homicides.

The per capita murder rate of approximately 97.3 per 100,000 so far this year would have propelled it to fourth in the 2018 list, where all the cities in the top 10 are in Mexico, Venezuela and Brazil and at the centre of the international drug trade.

JP Smith, the City of Cape Town mayoral committee member for safety and security, said: "We’re on a meteoric climb, and if we don’t do something urgent we will end up as the world’s most dangerous city. The statistics are trending in an absolutely alarming direction."