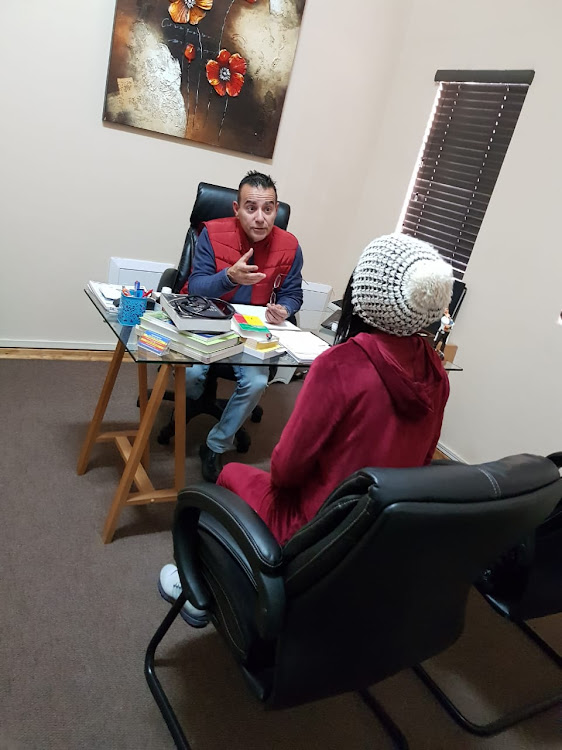 Dr Valdoleiros in his practice in Westdene, Bloemfontein
Image: Supplied

Dr Paulo de Valdoleiros’s unconventional take on medicine has taken South Africa by storm. The 58-year-old doctor has opened up a practice in the sleepy town of Bloemfontein where patients only pay what they can afford.

“I don’t know where the influence for this idea came. I believe it must be an idea from God,” he said.

His patients are thoroughly examined and provided with basic medicine which they do not pay for.

De Valdoleiros, who only started studying medicine in his 40s at the University of the Free State, said the main idea of the practice is that everyone deserves to have access to quality medical care despite their financial circumstances.

Because of his age, he said he had to study a BSc first to prove that he would be able to continue into medicine and finally graduated as a qualified general practitioner in 2011.

“The main idea is to change people’s lives. But this is not just for poor people; I have had advocates come to see me and also people who can only pay R10,” he said.

The father of four was born in Portugal and moved to Mozambique when he was still a child. His family later moved to South Africa in the 1970s. He said although he had wanted to study medicine since he was a child, his family could never afford it.

“When I was nine years old I was hospitalised with hepatitis and since then I just had this dream,” said De Valdoleiros.

“When I turned 45, I realised that I could not let myself die without studying medicine.”

De Valdoleiros said he believes that his practice will be sustainable despite giving people the autonomy to pay their own fee.

“It’s difficult to predict our finances because we do not have a fixed fee. But I believe that people are inherently good and will pay what they can,” he said.

De Valdoleiros said he will adjust his life according to how much money he is able to make. “The money will follow. I just have to adapt my life to the income,” he said.

When asked what he would like to be remembered for, the doctor said it was to make people realise that they deserve to be alive.

“I never set out to be remembered, I just want to take care of people,” he said.

In future he said he hopes to grow his practice to provide essential services such as drips, X-rays and blood tests that many people can't afford.

"Selfishness is the biggest disease on the planet. It's the cause of many problems such as wars, without it the world would be a better place."